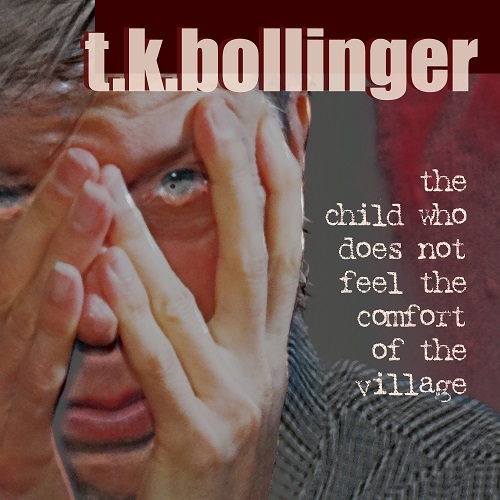 Idle hands are the devil's playthings. When one is unoccupied or has nothing to do, one is more likely to cause or get into trouble. T.K. Bollinger has really stayed busy. Three solo albums and the posthumously album "Doom Blues" with T.K. Bollinger & That Sinking Feeling in five years makes him a serial purveyor of dark roots music. Now he is back again with a double album with the longest title ever, "The Child Who Does Not Feel the Comfort of the Village will Burn it Down to Feel its Warmth", which is taken from an African proverb. Double album and long title. I like the maximalist approach. What about the new album? The press release says it much better than I can. "While recording my last three albums there were always a few left over tracks that didn’t seem to fit into the flow.... While contemplating my next release after finally putting Doom Blues to bed, I revisited these songs and came to see them as my ignored or neglected children." The songs on the album were either overlooked, passed over or ignored for inclusion on the three solo albums. The seventeen songs on the album are arranged in the chronological order of when he wrote them. The ambition was to release more than just an album of rarities and unreleased tracks. I must admit that the above-mentioned approach made me terrified. To be honest, picking scattered songs over a long period is rarely a good idea. These kind of experiments often result in a roller coaster ride with highs and lows leaving the listener with nausea and in a very confused state. But, as you might already know, T.K. Bollinger isn't afraid to go out on a limb. Let's go over and walk through to the album. The proof is in the pudding.

One of T.K. Bollinger's unmistakable trademarks is an unusual strong opening song. The first song is called "Pretending". What captures your attention controls your life. Mr Bollinger gets my attention already after the first line. "I don’t know who’s right, but I know who is faking." Well, this is certainly a way to begin an album. The second song "Painted Devils" is a singable cheerful song, if it weren't for the lyrics. They tend to dampen the mood and create a nice contrast to the upbeat music. The third song "Crowding Out The Living" is haunting. I especially like the chorus: "Since I gave myself over to them / Their shadows are drowning out the living." The fourth song "Why The Long Face Mister" is both quirky and catchy. The bottom line. If you're still around, why the long face? Yes, why indeed. The song is a good example of the artist's extraordinary songwriting skills. The fifth song "What I Want And What Is Right" is epic in the true sense of the word. Executive summary: it's about what it means to be a human being. I put in an extra plus for the acoustic guitar when you think the song has come to its end. So far, very good. However, the last four songs on this disc/side are definitely weaker. The songs doesn't really match up to normal Bollinger standards. 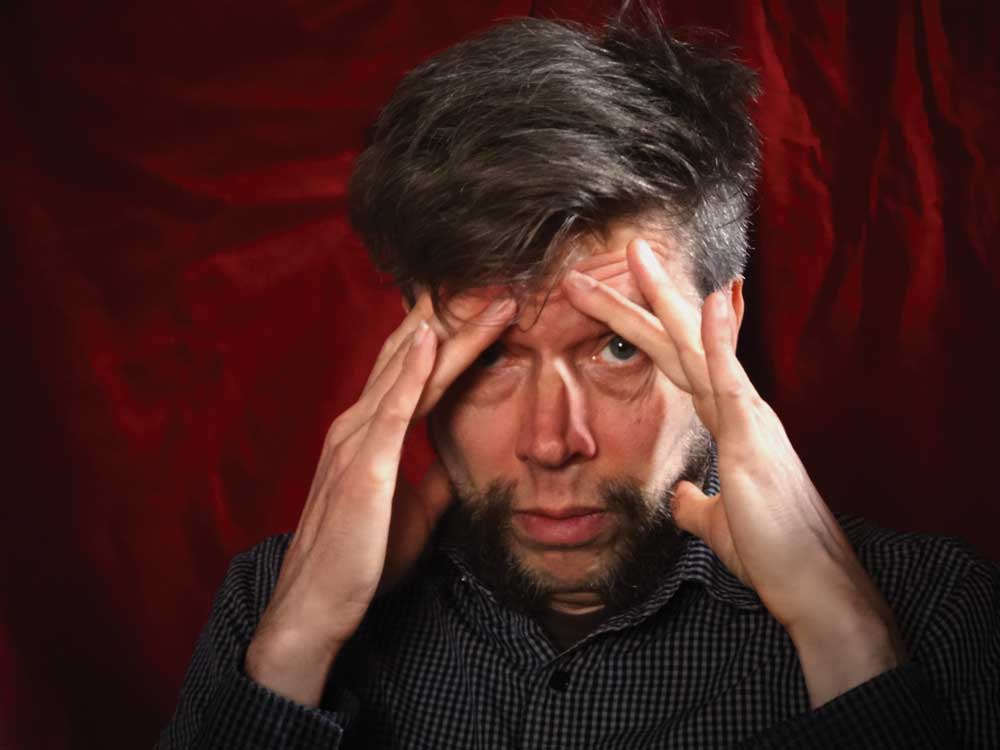 The second disc/side begins with "Somethings Lost”. This is probably the weakest song on the album. For a moment I think, is it all downhill from here? But then comes eight solid songs in a row. In fact, the second disc/side clearly outshines the first disc/side. The second song "Wake Up Noble Heart" unfolds slowly. The lyrics doesn't pass by unnoticed. "It would do me good and well / To prize apart this shell / This hatred of myself." The third song "The Ghost of What Was to Be" proceeds majestically in waltz-tempo. The fourth song "Hearts Lost Flame" is Bollinger quality of the highest carat. "Fare thee well, fare thee well / Fare thee well my heart’s lost flame." The fifth song "Circle" also passes with flying colours. The sixth song "Call the Foreman" is undoubtedly the best song on the double album. Zebulon Whatley from Sons of Perdition plays the organ. The song is magnificient from start to finish. To leave out this song from his solo albums could be a criminal act. But maybe this offense falls within statutes of limitations. Anyway, I'm breathless. In the seventh song T.K. Bollinger slides back to his early blues preferences. I'm not a big fan of blues, but I like this song with its poignant lyrics "Sometimes you need to swallow misdeeds / and sometimes misdeeds swallow you / I seem to wallow in this guilt and sorrow / Like they are children I must feed.". The eight and last song is "Upon Leaving". This is a perfect album closing song.

And finally, the overall assessment. My grave concerns weren't very well-founded. Apart from a few dips this is a solid double album. Obviously, there's a cornucopia of songs to draw from. Themes, arrangement and production are nearly perfect. No writer's block, but at the same time no doom and gloom. I believe that his music has evolved over the years from "doom blues" to "gothic hymnal" and over to - for lack of better terms - "esoteric gothic". "The Child Who Does Not Feel the Comfort of the Village will Burn it Down to Feel its Warmth" complements Shy Ghosts (2016), What’s Left Now You Are Dead to Me (2017) and The Tighter You Hold Onto Something the More Likely it will Fall Apart in Your Hands (2018) in a very meaningful way. You should get it. The album will be released April 10th 2020. You can buy it through Bandcamp (double-click on the icon below).