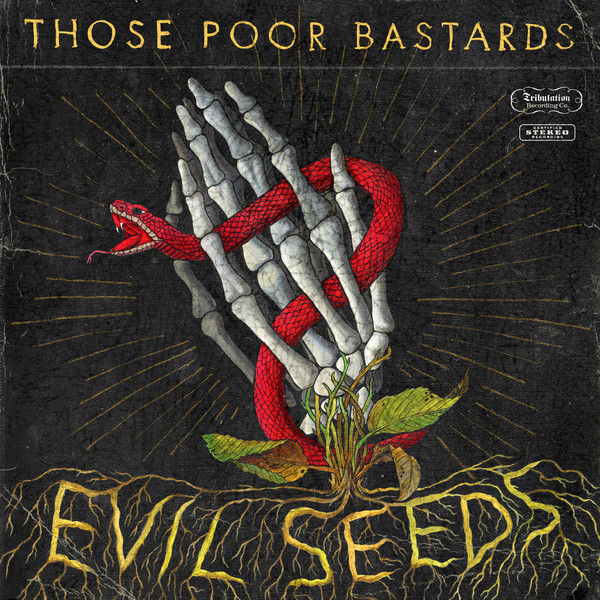 If there for some inexplicable reason had been a service like TripAdvisor for the gothic country genre then Those Poor Bastards would have received customer reviews like "key provider", "reliable", "always high and consistent quality" and "on time". Now is time for delivery again. Their tenth album "Evil Seeds" was released on November 15, 2019. For this album they barricaded themselves in the basement of a 1930's schoolhouse to see what horrors they could conjure when completely cut off from the corrupting influence of the modern world. The album title probably refer to Matthew 13:38 (King James version) "The field is the world; the good seed are the children of the kingdom; but the tares are the children of the wicked one", i.e. the Devil. TPB assess that this is their perhaps most cohesive album. It may be cohesive, but not beyond reproach. The album is a departure from their raw, unpolished and distorted style. Clearly, the edges are abraded. In my opinion, the TPB greatness lies in that their music is rough around the edges. The new songs are not bad, but the songwriting doesn't live up to their usual standards. The declaration "These songs feature classic themes of violent struggle and loss with bizarre overtones of supernatural menace and dread." doesn't match my expectations. I hope this was a one-off event and not the beginning of a downward trend. One song stand out, the slow and dreamy "Neglected Wife". To sum it up. "Evil Seeds" doesn't live up to the seductive album cover. Only "Neglected Wife" will take place on my prestigious TPB compilation list.