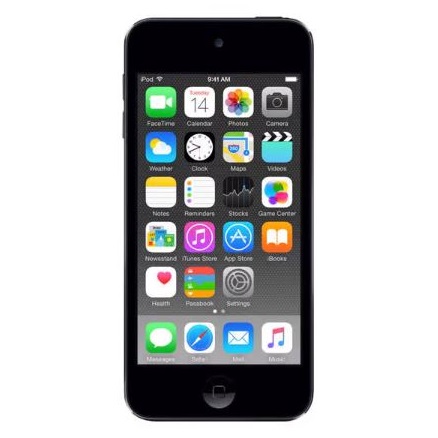 Apple discontinues iPod Touch. This new, but not at all surprising, information was well hidden in flowery words from Greg Joswiak, senior vice president of Worldwide Marketing at Apple. "Today, the spirit of iPod lives on. We’ve integrated an incredible music experience across all of our products, from the iPhone to the Apple Watch to HomePod mini, and across Mac, iPad, and Apple TV... Customers can purchase iPod touch through apple.com, Apple Store locations, and Apple Authorized Resellers while supplies last." The news left me with a conundrum. Should I buy a "new" iPod or not? The seventh-generation iPod Touch was introduced in 2019 running iOS version 12.3. And because technology is moving rapidly, things become obsolete quickly. According to Apple, "products are considered obsolete when Apple stopped distributing them for sale more than seven years ago." This means that Apple no longer offers any service or repairs for these products. Well, then I'm obsolete on the verge of obsolescence. My iPod Touch is third-generation. I bought it in 2009 and it still functions after carefree and careless handling. The iPod even survived an update of new software (iOS version 5.1.1.) a couple of years ago. One by one the apps have ceased to work. I couldn't care less. I'm only interested in the Itunes app, which is Apple's most hated app. To fully master the computer-device interaction a civil engineer degree is required. Many people think that iPod is unnecessary. Why would you want a device that plays music when you could have a device that plays music and is also, a phone? Well, the iPod is less expensive than the cheapest iPhone. Moreover, the cult followers like it because it isn't a phone, which ensures distraction-free listening. The iPod Touch is now officially discontinued. So, what is the right thing to do here? One option is to go down with the ship. Sooner or later, my iPod will refuse to transfer files, no longer play or the battery won't charge. When that happens is anyone's guess. Another option, is to future-proof oneself and buy a "new" seventh-generation iPod. Buying a device that has been discontinued at a high price doesn't seem like a good idea. The price of an iPod Touch with 32, 128 and 256 GB storage is 199, 299 and 399 dollars, respectively. Not exactly cheap. But, "while supplies last" usually means clearance sale. Discontinued products tend to fall in price. But, low price or lowering prices has never been a part of Apple’s pricing strategy. It relies on product differentiation and creating a demand for its products. Together with brand loyalty, this allows the Apple to have power over their pricing. Long may you run, iPod Touch third-generation 64 GB.