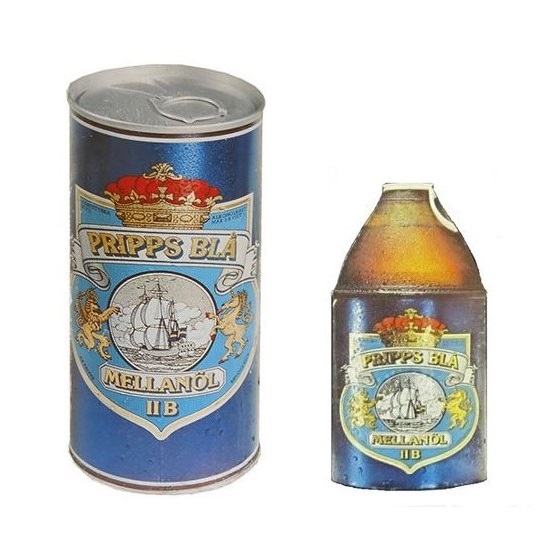 Some memories are so embarrassing that you want to bury them and bury them deep, never to be found. One embarrassing moment is the Rigello rip-off on Walpurgis Night in 1978 (or was it 1979?). Walpurgis Night is the night of April 30th, an old pagan rite which has become Christianized. In older German folklore this is believed to be the night of a witches' meeting in the Harz Mountains, a mountain range in central Germany. Local variants of Walpurgis Night are observed throughout Europe in the Netherlands, Germany, the Czech Republic, Slovenia, Sweden, Lithuania, Latvia, Finland, and Estonia. In Sweden we light bonfires to scare off witches. April 30th marks the last the day of winter and the first day of spring. It's also a good excuse to get totally wasted. It was a part of our learning curve. When you are 16 years old and live in a small town this required a plan. We were far too young to buy alcohol ourselves. You could ask an older liberal sibling if you had one. A last option was to ask one of the two notorious town drunks. You waited for them outside Systembolaget (liquor store monopoly). Sooner or later they showed up. For a small percentage they were happy to be at service. The two town drunks had hearing problems and a short attention span. They were sometimes mildly intoxicated which added to the difficulty level. You had to shout out your order. Then repeat it a couple of times. By the nature of things the order couldn't be too comprehensive or complicated. The town drunks handed over the alcohol around the corner out of sight from the store (they were town drunks, not village idiots). This procedure was embarrassing, humiliating and risky. You could get exposed in the small town where everybody knew everybody.

One of the guys in our loosely knit group of friends came up with a solution. His old man could supply the beverages for this occasion. His parents were divorced and I think the grand gesture was an example of misguided benevolence. No downsides, only upsides. No risk exposure, just-in-time delivery and no need to hide the alcohol under an uprooted tree in the forest until later (it was too risky to bring it home). For some inexplicable reason we had all agreed upon that we should attend the Walpurgis celebrations in the nearby sleepy locality (3 200 inhabitants). In hindsight, you can wonder why. We met at the bonfire area with great expectations. Our guy showed up with a strained facial expression. He had bad news. We had paid for cans (45 cl, aproximately 15 oz). We got bottles (33 cl, aproximately 11 oz) instead. And it was so called Rigello plastic bottles. Rigello was as an alternative to existing metal and glass beverage containers launched by packaging giant Tetra Pak. The small plastic bottle had a printed paper sleeve, and its low weight and price made it an economical choice for carbonated beverages. It was supposedly an environmentally friendly biodegradable bottle. You could throw it away in the nature while knowing you were creating fertile mulch. Later, it turned out that the plastic bottles weren’t biodegradable. They can still be found here and there. The can and bottle confusion led to discontent and dispute. The excuses were lame and varied from a mistake to parental second thoughts about the purchased quantity. In either case, we didn't get the difference back. Not explicitly expressed, but understood, was that we had been ripped off. The whole situation was embarrassing for all concerned.

I don't remember who was responsible for the choice of place and the grounds for it, but clearly a terrible mistake had been made. This was a family-friendly evening by a lake with bonfire, choir, bun sale and lottery. "Maybe the families will go home and the real party will begin", said one of the guys. He was an optimist by nature. Hour after hour went by. We drank our beer and the alcohol began to kick in. It was a disaster, no matter of how you looked at it. We wobbled around and bellowed without aim and purpose. We probably scared off some families in advance. The harsh truth became abundantly clear as we began to sober up. This is as good as it gets. We stood there, while the bonfire burned down to glowing coals. Nobody said anything, but I think we all agreed. We must never ever speak of this again.