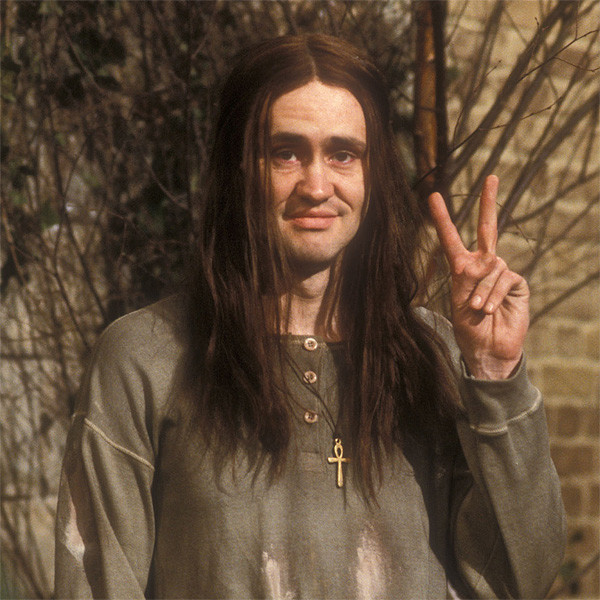 Sad bastard has a certain ring to it. I think it's safe to say that "sad bastard" is a derogatory term. The academic definition: a person considered to be ludicrously contemptible or pathetic. The colloquial definition: a person who wallows in self-pity. I think you get the general idea. For him - it's always a he - awaits endless disrespect, ridicule, humiliation and mockery. The saddest of all bastards must be Neil Pye, the hippie character in the British sitcom The Young Ones (1982). One example of his sad bastard one-liners: "I won't say anything 'cause no one ever listens to me, anyway. I might as well be a Leonard Cohen album." No one wants to be, or admit that they are, a sad bastard. At least, not openly or publicly. However, I'm a sad bastard. Rather that than a happy jerk. I have always had a very strong suspicion against people that like happy or upbeat music. Why? Well, Patrick Bateman liked Huey Lewis and The News in "American Psycho", didn't he? It seems like people are hiding something behind their happy façade and forced smile. Sad isn't bad. A developed emotional setup isn't wrong. There's more to sad music than sadness. Sad music actually makes you happy, read more here (opens in a new window). This academic finding sounds like a contradiction in terms, but it's true. Moreover, the scientific community think that they found the answer to why we love sad songs, read more here (opens in a new window). The gothic country genre is filled to the brim with sad bastards. One bastard is sadder than the other. But where did term "sad bastard" come from? The term was maybe not coined, but definitely popularized, by the film adaption of Nick Hornby's book High Fidelity (2000). This is heavy irony, since I kind of like this feel-good movie. The "sad bastard" scene is hilarious. Rob (record store owner) is heartbroken and not fit for purpose, Dick (record store assistant and fact-oriented music lover is treading on eggshells) and Barry (record store assistant and fact-resistant music lover is not knowing and, if he knew, not caring) are trying to handle the awkward situation. Here is the dialogue in its entirety:
Rob: "What's this?"
Dick: "It's the new Belle And Sebastian. Do you like it?"
Barry: "What the fuck is this?"
Dick: "It's the new Belle And Sebastian"
Rob: "It's the record we've been listening to and enjoying, Barry"
Barry: "Well that's unfortunate, because it sucks ass!"
[Barry takes off the tape, and replaces it with another - Katrina And The Waves' Walking On Sunshine.]
Rob: "Turn it off, Barry."
Barry: "Sorry, "it won't go any louder."
[Rob switches the tape off.]
Barry: "OK, I was just trying to cheer us up. So go ahead - put on your old sad bastard music. See if I care."
Rob: "I don't want to hear old sad bastard music, Barry. I just want something I can ignore."