"Audiophile or just a desire for decent sound?"

The world today is a depressing place. To dull the pain many people, with an adequate living standard, take refuge in everyday luxury like special coffee beans, 85 percent cocoa in their chocolate, sourdough and exclusive wines. Ordinary filter coffee, chocolate bars, a loaf of bread and wine with a castle on the label is not enough anymore. The overall demand for everyday sensations has undoubtedly increased. However, when it comes to sound quality the trend has gone in the opposite direction. More explicitly expressed, it has gone from bad to worse. People both demand and accept deficient sound from streamed music (like Spotify) or compressed physical files. Can people not here the difference or do they just don't care? I don't know which is worse. As in all areas, there exists deniers who question that there's any difference in sound between streamed/compressed and uncompressed music. I have acquaintances who seriously don’t understand that there’s a slight difference between streamed music on their smartphone and a high-end stereo. I'm not a audiophile, but I prefer to listen to music on my very old high-end Linn-system (see pictures above and below) in the way the artist intended when making the album.

My opinion of audiophiles is based on extensive observations and evaluation. The typical audiophile is a young male who has about 15 record albums and in addition terrible music taste. The statistical correlation between interest in audio and interest in music is very low. The audiophile spend a disproportionate share of his salary (or student loan) on high-end equipment. Moreover, the audiophile feel a need to continously upgrade his equipment (the trade-in value is relatively high). The audiophile is equally interested in the original carton and the supplied styrofoam. This behavior is close to the second and anal stage in Sigmund Freud's theory of psychosexual development, except this is lasting from 18 years and older (and not from age 18 months to three years). The audiophile spend a lot of time on audiophile forums practicing domination techniques on newcomers to the forum (sighing, groaning and reprimanding like read the FAQ:s, this question is in the wrong category, etc.). Where there are deniers, there are also believers. The audiophile high priests belief is so strong that they undertake non-professional and ridiculous measures in the name of their religion. Of course, only the audiophile can perceive a distinct improvement in sound. Sometimes they try to back up the evidence with a spectral plot analysis. Audiophiles are deservedly often called "audiophools". 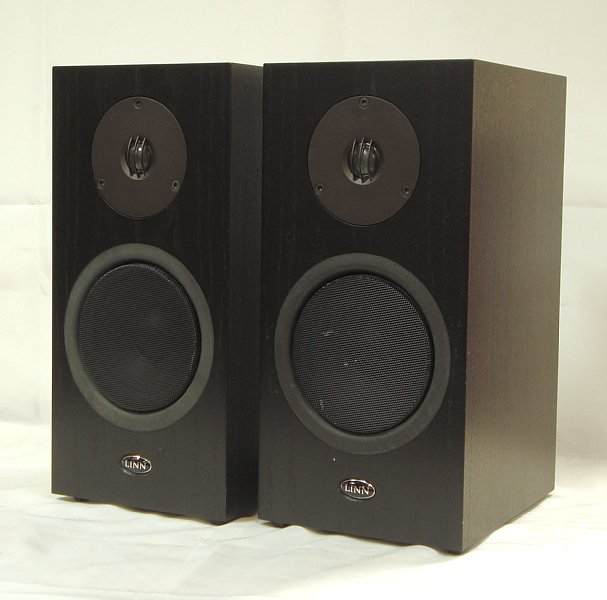 The music always comes first for me, but I also want a decent sound. My stereo (see pictures) of the scottish brand Linn is very old, but still well-functioning. The "Linn-people" pity me. However, the staff at "High Fidelity" (reputable high-end store in Stockholm) had some comforting words: "Your old equipment is better than the stuff most people have". It sounds crystal clear despite the age. It seems like the Mimik (cd) and Majik (integrated amplifier) where built to work together (Majik, the elegant and Mimik, the workhorse). They are connected by a Linn Black Interconnect signal cable. The Mimik-Majik interact perfectly with the Katan speakers (on stands with spikes and skeets). The speakers are connected with the amplifier by a Linn K20 speaker cable. The equipment is very affordable, especially if you buy it used. The "Linn-people" namely take care of their equipment. You won't find any marks of beer glass or ashtrays on their equipment. The trade-in value for my equipment has decreased the last couple of years, but the sentimental value is still very high. Of course, I realize that the day is approaching when the Mimik-Majik-Katan will not function anymore. The Mimik is more and more reluctant to accept cd-r discs, but hopefully it will struggle on a few more years. The audiophiles are sometimes poetic in their quest for vivid expressions. Here is some outstanding examples, see link. I just want decent sound, which is not to much to ask for.