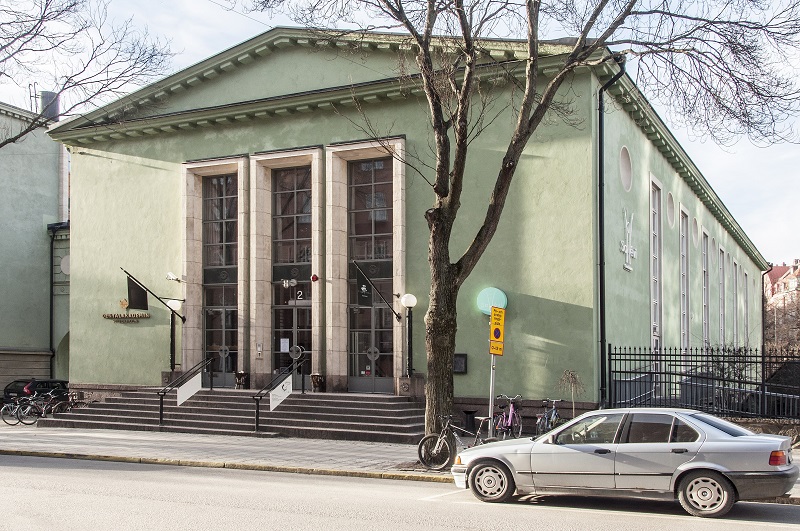 Until recently, I was convinced of that I attended a concert in 1975 with the british rock band UFO. I have made presumptuous remarks that I - indeed - was there at Jarlateatern (Stockholm) when it happened. The only problem is that UFO never played there. This was a real blow for a person who thinks that he has a good memory and attention to details. I stumbled over the true circumstances when I did some fact-checking for an upcoming blog entry. These are the facts. UFO played at Johanneshov Isstadion (1975) and at Göta Lejon (1977), read more at the site setlist.fm (opens in a new window). I also cross-checked the time and place with UFO fan pages. The result: no UFO, at Jarlateatern, ever. I must have got it all wrong. But, this memory wasn't just wrong. This was false. False memory refers to cases in which people remember events differently from the way they happened or, even, remember events that never happened at all. The painful mistake made me confused and frustrated. I'm 100 percent sure of attending a concert at Jarlateatern. The year and place checks out, but obviously not the band. This is what (I think) I remember. We went to Stockholm to attend the concert. We had no tickets and no money to buy tickets. I don’t recall what the plan was. Still, we went in a risky undertaking. The only risk was to return home empty-handed. We got to the venue and stood outside. It was very cold that night. The gig started. We naively tried to convince the security guards to let us in for free. They just laughed at us. We argued, nagged and begged. Then we humiliated ourselves. Please, please, please mr security guard! Couldn't you find it in your heart to let us in? After a while, they felt sorry or got tired of us. They let us in without a ticket. If my memory serves me well (not sure), we ran to the balcony. Standing, not seated. The band was halfway through their set. But, what band? There are two candidates, Thin Lizzy and the Swedish hard rock band Neon Rose, read more here (opens in a new window). A short disgression about Neon Rose. My classmate (we can call him Carl) had in another context got an autograph from the bassist Benno Mengarelli (who passed away last year) on his home-sewn anorak. His sacrificial mother used her embroidery skills to fill in the ink. However, some doubts were cast upon the authenticity of the autograph. Carl had namely a problem explaining how and when he got the autograph. Some friends thought that he had signed it himself (very unlikely since he had an illegible handwriting) and nick-named him "Forger-Carl". Well, he was known for questionable actions and dubious moral. For example, he stole his little brother's Frank Zappa records and sold them. And then denied to have anything to do with the matter. These actions requires an unscrupulous character. Back to the question: what band? I think it was a foreign band. This speaks in favour of Thin Lizzy. But, I don't think this is right. I attended their concert at Konserthuset in Stockholm 1976. This time we had tickets and good seats. I also got Instamatic pictures. It's very unlikely (but, not impossible) that I saw them again within a year. Therefore, it must have been Neon Rose. This was also their last concert. If that is the case, Neon Rose beats UFO every day of the week. However, I can not vouch for this event. I wish I could call one of the guys that were with me that night. Not possible. Actually, we were not really friends. I only remember one guy. His name was Thomas and he was a talented hockey player, at least when we played on asphalt (never saw him on skates). We used to play until it got so dark that we didn't see a thing. I think I just have to leave the matter, whether it was Thin Lizzy or Neon Rose, for the moment. Maybe it will all come back to me at the retirement home. I will shout out loud. My dentist had their dental surgery at Jarlateatern for a couple of years. Life is strange. At one time, you are young desperately trying to get in to a rock concert. Another time, you are old and the dental hygienist asks if you ever considered teeth whitening. Same person. Same place. Different times. One of my projects is to reconstruct my concert going in the 1970s. I got some old tickets, photos and memories. It's like putting together the Dead Sea Scrolls. Tickets and photos are hard facts. Memory is profoundly more difficult. It obviously plays tricks.