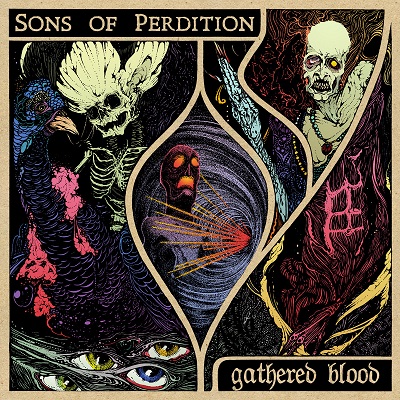 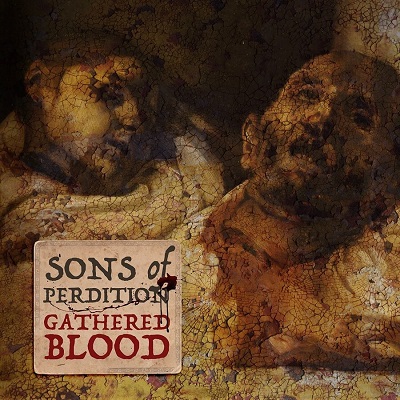 The artist is always right even when its wrong. On the other hand, there's a fine line between right or wrong. In some cases, it's more a matter of aesthetic values and preferences. I think the latter is the case here. The two shifting album covers represents the used and unused artwork for Sons of Perdition’s album, "Gathered Blood". The unused artwork superimposes the French painter and lithographer Théodore Géricault’s "The Severed Heads" with a photo Zebulon Whatley took of a rusty railroad sign in the Arizona desert. You can check out the original painting here (opens in a new window). Ultimately, the German artist Karmazid was commissioned to do an original drawing for the album cover instead, which Zebulon Whatley colorized. The album covers are both macabre. However, I prefer the "severed heads" version. This is the alternate album cover that should have been the original. An album cover should correspond with the theme and the music and hereby constitute an indivisible whole. I hope my assessment is unpartial. "The Severed Heads" painting (oil on canvas) belongs to Nationalmuseum, Stockholm and was a gift from a consortium in 1918. The museum curator hit the head of the nail: "The realism of Géricault’s study of severed heads is almost unbearable. The artist painted a number of similar images, sometimes of amputated arms and legs. There is presumably a connection with his masterpiece The Raft of the Medusa (Louvre), which shows the dying victims of a shipwreck. These paintings can be seen as studies, a way of getting close to death, with the ultimate aim of being able to depict it as convincingly as possible."