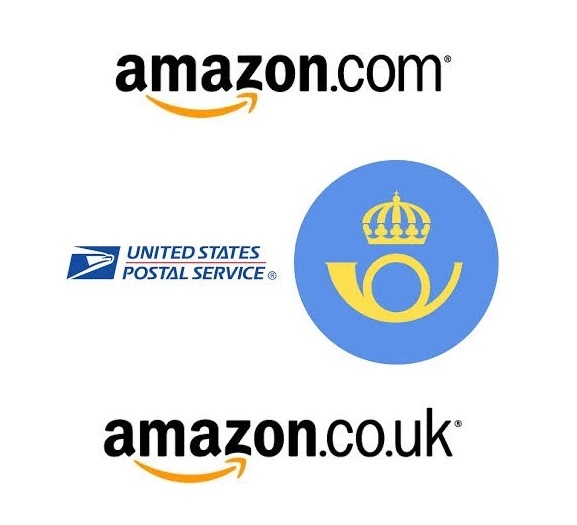 One of life’s mysteries is the asymmetric shipping cost when shipping a cd from US to Sweden or vice versa. I often buy used cds. I know, the term "used" is rather meaningless when it comes to cd, since “used” in almost every case is similar to almost new. I usually buy used cds from Amazon (UK and US). However, the shipping cost is completely different: £1,82 ($3) from Amazon UK, and $14,95 from Amazon US. On the other hand, the cds are more expensive on Amazon UK, so “what you gain on the roundabouts you lose on the swings” (slightly modified proverb). The cds that I’m interested in are often only available from the US (and Amazon US). Several times I have bought hard-to-find cds for less than $2 and then paid $14,95 for the shipping (the factor is >7 between cd and shipping). This is totally incomprehensible and also very offensive. Let’s dissect this phenomenon in more detail. Of course, there are costs associated with distributing packages for here to there (salaries, transport costs and other costs). The Amazon US standard domestic shipping rate is $4, which is almost the exact the same level as standard domestic shipping rate in Sweden (28 SEK). This seems to be a fair price. So far so good. The shipping rate for sending a cd from Sweden to US is 60 SEK ($8,50), while the Amazon shipping rate to Sweden is $14,95. The factor between domestic and international in the US is 3,75. The same factor is 2,14 in Sweden. The difference is almost the double. Something happened between domestic and international. Is it more costly to ship in one direction (from US to Sweden, that is)? Some may argue that this is the case. Let's scrutinize the postal and shipping components. It's the same standardized service in both countries, while salaries for postal employees are lower in US, gasoline prices are considerable lower and jet fuel are slight higher in US. All in all, US has cost advantages compared to Sweden. There should also be considerable economies of scale in US. It should therefore be cheaper to ship from US to Sweden than from Sweden to US. Postal service is a public good and its price should be held at a minimum to promote trade, prosperity and building up my record collection.