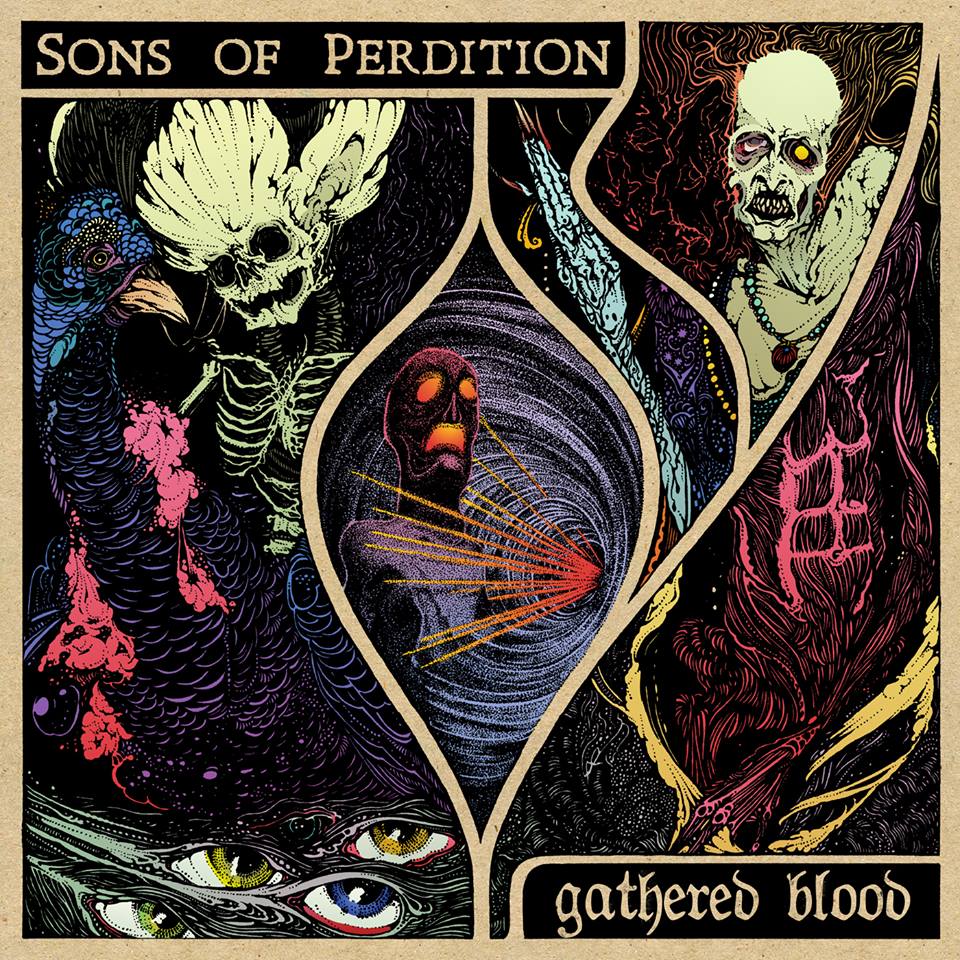 Long awaited “Gathered Blood” is released. This is the first album by Sons of Perdition as a four-piece band (the collaborative split album "Fossils" doesn't count). The songs on “Fossils” didn’t mark any sharp turn musically. It’s was more of evolution than revolution. I was really relieved since I believe in gradual change. Change is good - taken in moderation. Sons of Perdition declared earlier that they worked on a dark album and it wasn’t exactly a country album. I wasn’t too worried when I got the chance to pre-listen to the new album. There is a change in focus. Zebulon Whatley has previously said that he seeks new challenges in his songwriting and that he is bored with religious topics and also felt that he had exhausted the subject. Said and done. The religious topics are subdued on the album, but it’s still very dark. The darkness was previously exogenously given. Now the darkness is more or less endogenously given. It comes from within, which makes it even more terrifying. Sons of Perdition is, among other things, known for their spectacular album covers. This cover is no exception. The art work is a drawing by German illustrator Karmazid, which has been colored by Zebulon Whatley. "Gathered Blood" is only available digitally. You can buy it in the format of your choice (even lossless) at Bandcamp, just click on the icon (bottom left). 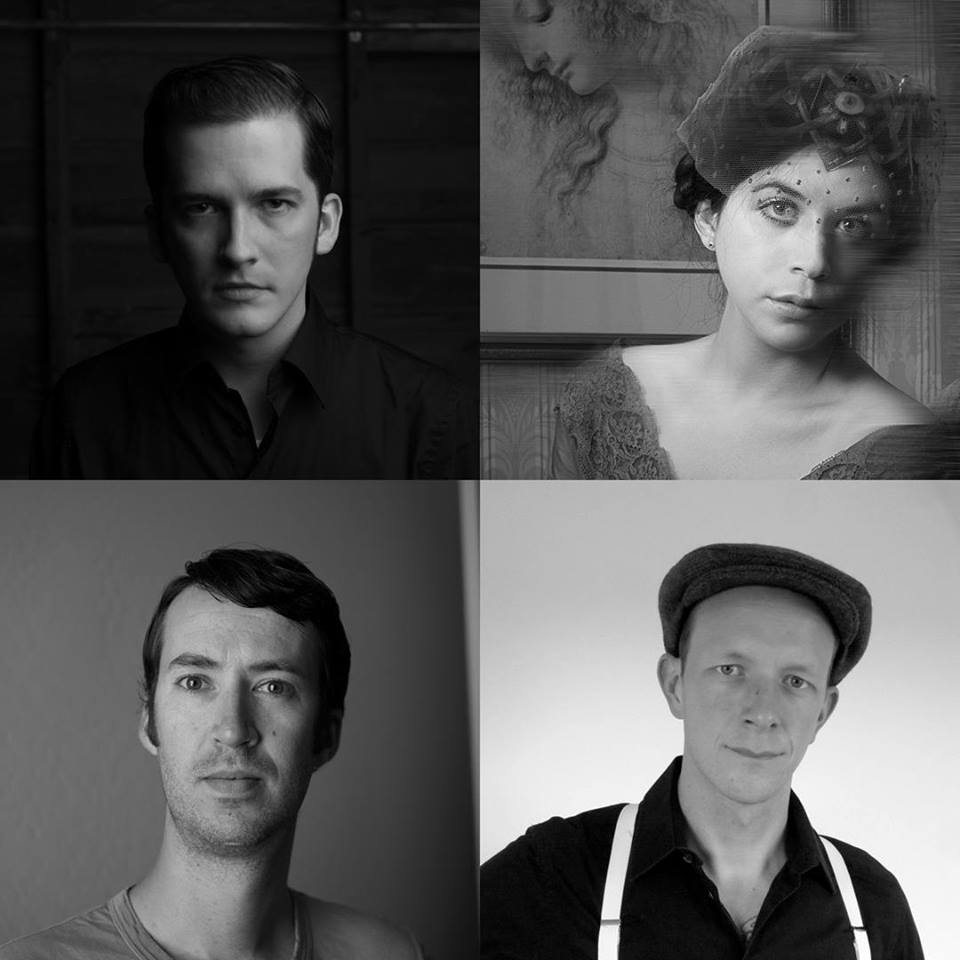 The new album begins with “Mul Nibiru”. I had to do some research. MUL is the cuneiform sign for “star”. “Nibiru” is the Sumerian 12th Planet according to the Cuneiform Sources popularized by pseudoscientist and pseudohistorian Zecharia Sitchin. According to him, the Sumerians knew of an extra planet beyond Pluto, Nibiru a.k.a. Planet X. It passes through our solar system every 3 600 years (the next time will be in the year of 5603) and bring cataclysmic consequences to earth (returning Planet X hypothesis). This is probably how the cataclysm will sound like. According to Zebulon Whatley "It's a curse written in ancient Sumerian. I don't remember what it says and I deliberately destroyed my notes. It was a weird night." The second song “The Opening” seems to be a nod to “Kannibalen von Rotenburg” (see below) although it differs somewhat from the story. The song is brutal with pounding drums and some scattered piano chords. The song contains monotonous chanting “I’m open myself to you” and “I offer myself to you”. The song ends in crescendo “I smother myself in the arms of you”. The third song “A Folk Artist” is almost seamlessly connected to the previous song. It’s hard to notice where the second song ends and where the third song begins. The executive summary: rhythmic drums, liturgical vocals and a choir of 100 000 doomed and restless souls. The fourth song, “The Broadsword”, stand out. It’s one of the best songs on the album. The song has a direct reference to contemporary horror writer Laird Barron’s story “The Broadsword” in his book “Occultation and Other Stories”. The protagonist, Pershing Dennard a retired field surveyor lives in aging apartment building known as the “Broadsword Hotel”. He overhears a conversation which includes murder through the air vents. Someone apparently knows he's listening and the present is, as always, linked to the past. The song begins pompously and the first line is “Hear us sing so sweetly from the cloistered vents and shaft. Up through the throat of the Broadsword Hotel”. The arrangement and instrumentation are impeccable. The slow, moaning and echo-like vocals sounds like if it has been processed through a vocoder over and over again. The fifth song, “Witches”, doesn’t belong to the highlights on the album. “Magicians, witches, crones and bitches” is repeated throughout the song. The song isn’t bad, it's just not very interesting. 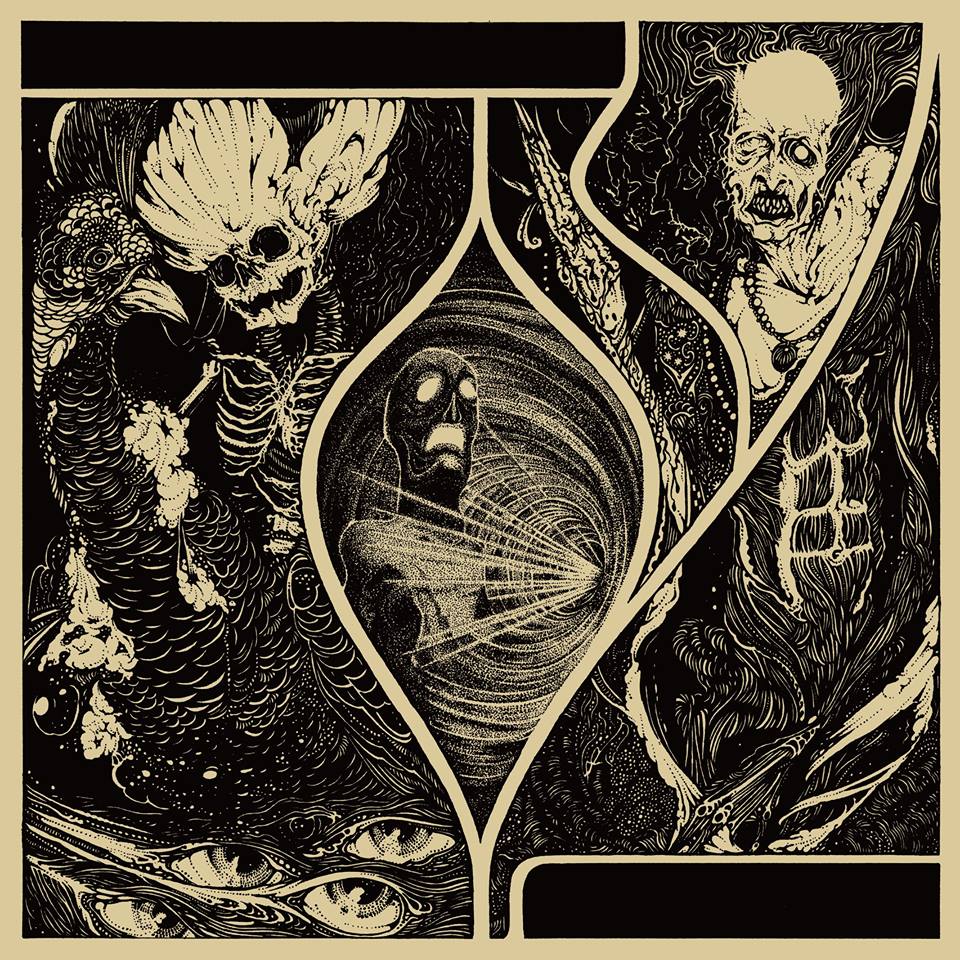 The sixth song, “A Mouldering Heart”, brings back the slow, epic and dark mood. It has the usual Sons of Perdition trademarks: slow pace, extreme darkness and well-written lyrics. “Like a sickly spider on a web, she ties her veins into a noose”. The seventh song, “No Escape from Dreamland” is an instrumental song with sampled words. The words are emanating from September 11, 1997, when a man claiming to have worked at Area 51 (a.k.a. the Area 51 Caller) called in to Coast to Coast AM (talk show). The radio station was disconnected during the call. This strange circumstance provided fuel for conspirator theorists. Read the story and the transcription here (opens in a new window). Was it “real” (in the sense perceived experiences) or just a crank call? Be that as it may, it’s a spectacular and frantic song. Zebulon Whatley master the difficult art of knitting sampled words and music together (another good example is Psalm of Slumber). The eight song, “The Shunned Ones” is a song with extreme hardness and drone-out tones. The songs ends with: “They have been left behind by the one they sacred and the one whom they maligned”. The ninth song was previously released on debut album “The Kingdom is on Fire”. The title was “Cannibals of Rotenburg” and the running time was only 1.36 minutes. It’s open to interpretation if this really is the same song since there are major differences. The “Gathered Blood” version is a morbid sing-a-long, sung in German, and the running time is 3.34 minutes. It's the gruesome story of Armin Meiwes a.k.a. Rotenburg Cannibal or Der Metzgermeister (The Master Butcher). Meiwes was a computer repair technician who achieved international notoriety for killing and eating a voluntary victim whom he had found via internet. It gives the concept of “mutual consent” a new and deeper meaning. You would be surprised if you knew how many replies he got after posting "looking for a well-built 18- to 30-year-old to be slaughtered and then consumed" on the Cannibal Cafe website. What then follows has one fatal ending but many piquant details. If you got the stomach for it you can read about it elsewhere. It’s thoroughly documented. By the way, Armin Meiwes is nowadays a vegetarian. Anyway, you find yourself humming: "Bleib weit weit weg von Rotenburg”. This version outshines the TKIOF version. The tenth song, Lost in the Inner Heavens, is without any doubt the best song on the album. It has all the desirable epic attributes of Sons of Perdition. Zebulon Whatley has a very developed linguistic instinct and furthermore a very rich vocabulary. The lyrics in this song are no exception. This is pure escapism of the highest carat. You want to float in an isolation tank with the song lingering on in the background. The eleventh and last song is “To Call Down the Old Gods”. As always, the closing song of an album concludes what the artists want to say. The closing song should have a close connection to the themes and a scent of the atmosphere of the album. This song ticks in all boxes. “The aperture is opening…”.

And finally, the overall assessment. Sons of Perdition will not be accused of repeating themselves. I think they have taken their music in a new direction. Not in a completely different direction, but in a slightly different direction. The sound is more dreamy, evocative and experimental compared with the previous albums. It's definitely more varied with hissing, shrieking and cracking sounds and noise, but still coherent (and very dark). And that is a good thing. This is a great album. My only complaint is the non-physical format. The end of time is coming, apparently.