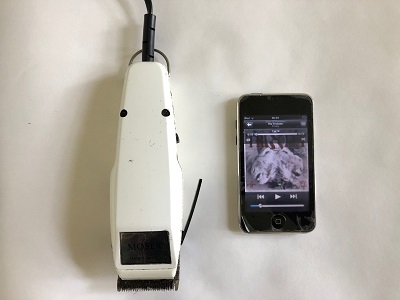 30 years ago I bought a small condo. It was a real safe investment. At least, that's what the real estate agent told me when he shook my hand after closing the deal. I remember him clearly. He had small sweaty chipolata fingers and a serious scurf problem. In fact, his worn-out club blazer with gold-coloured buttons was covered with it. A couple of years later I started a family and we needed a bigger rented apartment. Of course, this coincided with a bank-, finance- och housing crisis in Sweden, not completely unlike the US subprime mortgage crisis of 2007–2008. I lost more than half of my "investment". The new condo owner, who knew perfectly well of my unfortunate situation, was a tactless greedy woman. She had the nerve to ask me if she could have the padlock to the cellar storage. However, I still had some self-respect and dignity left in me and declined: "the padlock isn't included". Proud but poor. I was left with a padlock and a debt. It took some years to get out of debt. "We should not look back unless it is to derive useful lessons from past errors, and for the purpose of profiting by dearly bought experience." said George Washington. Live and learn. Some people have a natural instinct for making more money from money. This isn't me. I clearly haven't got the right disposition and, maybe more important, the slightest interest.

That being said, even a blind hen sometimes finds a grain of corn. I'm extremely satisfied with the purchase of two gadgets, a hairclipper and an Ipod. Let's start with the hairclipper. In 1994 I made it happen and bought myself a Moser electric harclipper. My thick wavy hair was by then long gone and I did not really have a hairstyle (I cut my hair once a week so the money I have saved over the years isn't negligible). The Moser electric hairclipper Type 1400 just goes on and on with a buzzing and reassuring sound. A drop of oil now and then is all that it asks for. Let's go over to the Ipod. Most people struggle to maintain one's self-image. I'm no exception. In my lofty inner monologues I'm an owner of an old high-end system, read more here (opens in a new window). The truth is that nowadays I listen far more often to music on my old Ipod Touch than on the high-end system. I bought the Ipod in 2009 and thought that it was another throwaway electronic device from China. It was 3rd generation and state of the art at the time. It still functions after more drops to the floor than I can count and endless playing hours. The Ipod even survived an update of new software a couple of months ago. One by one the apps have ceased to work. It doesn't matter. I'm only interested in the Itunes app, which is Apple's most hated app. The computer-device interaction leave a lot to be desired. Transferring and synchronizing is hell on Earth. My advice to you: whatever yo do, choose manual synchronization. The user-friendliness comes once you have transferred your files to the Ipod. The price was very high in 2009, but if you distribute the cost over time, and especially over total playing time, it turns out to be together with the Moser electric hairclipper, the best return on investment ever.