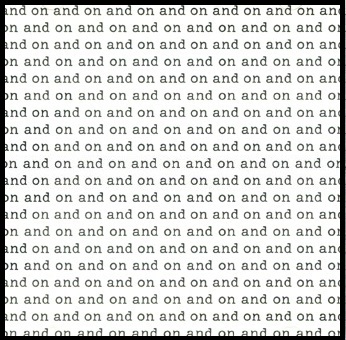 Exactly two years ago I launched this website. The first blog entry I posted had the laconic title "So it begins...". A year ago I posted a one-year anniversary blog entry with the title "So it continues..." where I discussed the past, present and future for the site. Now is time for some heavy handed following up.

I have finalized the construction of the website and slowly but surely continued to fill it with new content and updated existing material. I still believe in organic growth, but the growth rate is decreasing rapidly. It’s expected when the number of articles increases and the most important artists and bands are covered. I think I with a good conscience can tick in the box on the to-do list. However, I have nothing to show when it comes to the "unrevealed project". In fact, this project has exactly the same status as last year, still pending and no further information available. What can I say to my defence? Shakespeare wrote in Hamlet ”Thus conscience does make cowards of us all / And thus the native hue of resolution / Is sicklied o'er with the pale cast of thought / And enterprises of great pith and moment / With this regard their currents turn awry / And lose the name of action.” The ”pale cast of thought” and ”lose the name of action” hits pretty hard. I’m still hiding behind “at the appropriate juncture, in due course, in the fullness of time”. I will probably be back next year again with a poor excuse.

I take some pride in that the site is up and running twenty-four seven. If nothing else, this allows visits from all time zones. However, on 23-24 December 2015 the site was down for almost 24 hours before my friend Mikael managed to restart it again. Some plug-in files were infected and started to cause problems. Now, I think the problem is finally solved by the help of Mikael and my web hosting company. Technical troubleshooting isn't one of my strenghts. Like everyone else with a website I’m battling spam referrals (ghost traffic in order to inflate and magnify the senders website). I block them through a spam crawler filter. However, this is both boring and time-consuming. It's a matter of principle. I will therefore keep on doing my daily blocking.

There are 58 articles published under the menu "Articles". The "Artists" department is a simple table overview. At the moment there 121 of them. There are links to the "Albums" department and, where applicable, a link to ”Articles”. The "Albums" department consists of plug-in product (Music Collection). The "Lists" department (artists, albums, songs and miscellaneous) contains 17 lists. The Miscellaneous department only have 8 links, but on the other hand a beautiful ivy stem. At the moment there are 73 blog entries. My aim is to write at least one blog entry per week, which seems to be a too ambitious aim. The "Contact" form works very well. Thank you!

I’m obviously a very late adopter. I started this website in 2014 when most people already had switched over to faster and more fragmented communication (liking, sharing, tweeting, instagramming et cetera). We have seen the rise of clickocracy. Don’t get me wrong. It gives me great pleasure everytime someone thinks the stuff on the website is worth noticing and let other people know about it. But the lack of interest for the written word and the total absence of reasoning and reflection in a written text is disturbing and, even worse, stupefying. Maybe I’m a reactionist belonging to a dying breed, but I think the need for overviews, summaries and analysis works to my favour in the long run. But as economist John Maynard Keynes elegantly put it: ”In the long run we are all dead”. How true.

The future is unknown, but I will go on untiringly within the limits of family, work and other duties. After spending considerable time triangulating the genre, I think it safe to say that there are no bands of the caliber of 16 Horsepower that have been overlooked. They are already on the article list. However, there still going to be bands and artists worth noticing. They will show up sooner or later. But, I think it’s important not to focus on the valence electrons of the genre in the pursuit of more bands and artists, but instead focus on the core of the genre. The regrowth in the gothic country genre isn’t really stunning either. Therefore, I’ve decided to give priority to depth at the expense of width in the future.