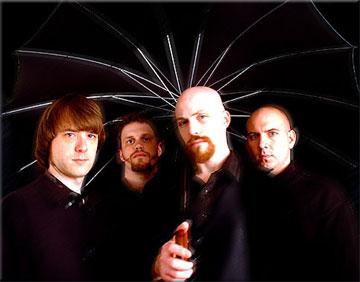 Myssouri is a band from Atlanta, Georgia. The band name   refers to Missouri (the state, Myssouri is another spelling). The band was formed in 1997 and often labeled as "southern gothic", "gothic western", "american blacksong" or "darkwave". Nick Cave, Johnny Cash and The Swans were important influences for the band. Frontman and ”founder” of the band was Michael Bradley (guitar, vocals, keyboard and harmonica). Other original members were Chris Jansen (drums), Greg Thum (guitar) and Hampton Ryan (bass). Tarmon Kelling could also be included in the lineup (since he played bass on three songs on the first album). Myssouri was unstable as the element plutonium. Maybe it was because Myssouri, at least initially, was tantamount to Michael Bradley who wrote the lyrics and arranged all the music or the fact that Bradley already had a family, which was not perceived as directly brilliant prerequisites for the other members and made them focus on other music projects instead. In total, fourteen (14) members have passed through Myssouri during the six years-period the band was active (including a short break in 1999 when Michael Bradley toured with The Living Jarboe). The documentation of all lineups is inconclusive and fragmentary. However, I have spent a lot of time trying to identify and recreate the different lineups. Despite many hours spent (actually using colored post-it notes), I'm still not sure that I have got everything right. But here is what I found. Second line-up: Tarmon Kelling, Hampton Ryan (both bass) had quit. They were replaced by Cade Lewis (bass) and Stacey Cargal (dobro). Third lineup: Cade Lewis, Stacey Cargal and Greg Thum had left. They were replaced by the former member Hampton Ryan (bass), CJ Bargamian (guitar) and Andrew Hodgson (keyboards). Fourth lineup: drummer Chris Jansen, Bargamian and Hodgson had left the band and were replaced by David Goodwin (drums), Thom Heckel (bass) and Mark Rogers (guitar). Fifth lineup: David Goodwin and Thom Heckel had left the band and were replaced by Chris Reeves (drums) and Russell Nelson (bass). Sixth and final lineup: Michael Bradley (guitar, vocals, keyboards and harmonica), Chris Reeves (drums), Cade Lewis (bass) and Mark Rogers (guitar). The constellation was, by Myssouri-standards, stable and lasted for a relatively long time. That's it. Of course, with the proviso that I may have mixed them up or missed something, despite all post-it notes. 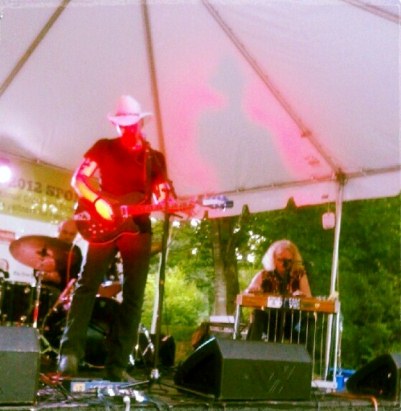 Myssouri disbanded in 2003 after the third album had been released. There were high hopes before the release. The album would indicate a shift to a new and exciting chapter in the band’s history. These hopes were dashed brutal and immediate. The split had several causes. Myssouri had gradually moved into a harder direction, while frontman Michael Bradley at the same time moved in the opposite direction. This usually is quite sufficient for a break-up in this genre. In addition to the various musical preferences there were also personal conflicts within the band. The main reason why the band disbanded was however lack of  commercial success. It's the same tough law of nature in this case that as in the case of the .357 String Band. One can’t rely on belief, hope and love, and maintain motivation, if that’s not possible (at least partially) to make a living on music. One important explanation to why Myssouri didn’t succeed was that they never toured widely (which was difficult to accomplish of other reasons). The band mainly played locally in Atlanta on venues such as The Cotton Club, The Tabernacle, The Echo Lounge, The Masquerade, The EARL, which meant a quite small but the more loyal audience. With that being said, Michael Bradley had no problem to disband Myssouri, while he had been looking for a change in his life. Michael Bradley moved on to Antic Clay (see separate article). The band was disbanded. Anything else would have been unthinkable. But there are, however, some deterrent examples where the band continues under the same name without any original members. This often leads to infected disputes with former original members. It’s called arbitrary conduct in jurisprudence. Michael Bradley occasionally plays songs from the Myssouri-era. But he has written and arranged basically all of the songs, so he is forgiven. 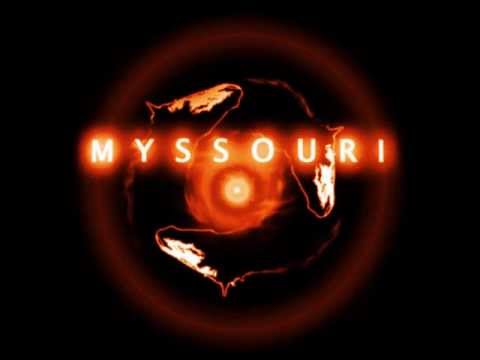 Normally, you discover a band and thereafter follow the solo careers of one or more former members. In this case, it was the other way around. I first discovered Antic Clay and then listened to Myssouri. When you approach Myssouri from the "wrong side" you will discover interesting things. On the first album, it sounds very Antic Clay (Michael Bradley). One can almost trace the songs from his Magnum Opus “Hilarious Death Blues” back to the first Myssouri album, Malamerica. At this time Michael Bradley held the conductor stick in a firm grip. The second album is also characterized of Michael Bradley’s sound even though the sound of the band had begun to change. Thereafter Michael Bradley let go of the control and other members were more involved in the creative process. Myssouri changed to a more traditional band. They also considered renaming the band to mark the change. The music became harder. Participation admittedly increased significantly, but unfortunately this was at the expense of the songwriting. Democracy and quality do not always go hand in hand in the world of music. It’s also as solo-artist Michael Bradley is made full justice. A pure speculation on my part which, that if it was true, would be ironic: perhaps Michael Bradley and the other members of the band effectively blocked each other artistically, each in their own way? Who knows?

The music is dark and compact. The lyrics are full of religious references. Myssouri has released three albums "Malamerica" (1999), "Furnace Songs" (EP 2001) and "War/Love Blues" (2003). The first album is limited to 1000 copies. It’s out of print, but I found a used copy on Amazon U.S. for $50. After a brief internal monologue regarding the question if $50 plus shipping wasn’t too much this time, I bought it. Malamerica is now safely parked in my record shelves. Furnace Songs is rather difficult to come by, while War/Love Blues is easy to obtain. I have, of course, all three albums. The third album is, in my opinion, the worst. Although, the albums are self-released they are amazingly well-produced. A lot of thought and efforts have been put into soundstage and details. The sound quality is also quite excellent.

Best songs: Open Contempt, Open Road, Blindly, Ride You Down, Devil On My Shoulder, March To The Sea, The Eyes Of Others