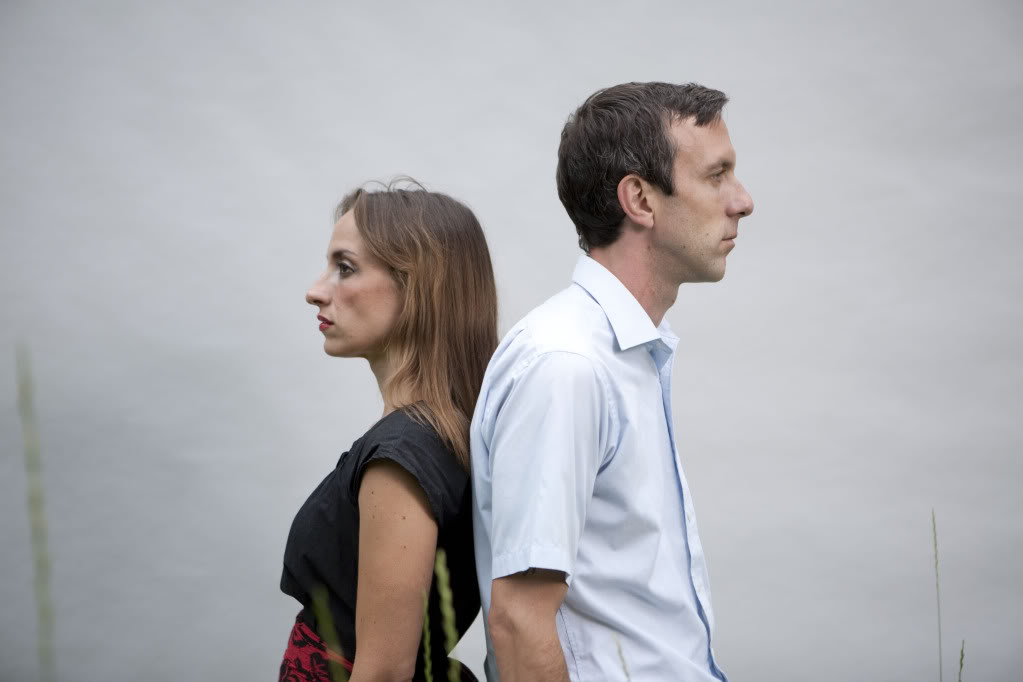 Puerto Muerto (hence PM) is a band from Chicago, Illinois (originally from St. Louis, Missouri). The band name is Spanish for “dead port”. “Puerto Muerto” was supposed to be the name of a bar, but the founders of PM came to the conclusion that it was much cheaper and easier to start a band than to open a bar. “Puerto Muerto” is a brilliant name for a band in this genre. PM was formed in 1998 by Christa Meyer (vocals and percussion) and Tim Kelley (guitar and vocals). On albums PM was reinforced by studio musicians. Meyer and Kelley had both been involved in other musical projects before they met (a chance meeting on the street). They got married in 1999. They got a divorce in 2010. I mention these personal facts only because it both created prerequisites and led to consequences for the band. More about this below.

Both Meyer and Kelley wrote the songs. Since they were married and lived together the writing process was rather seamless and without any clear boundaries between private and professional. The songwriting process normally began with Meyer writing the lyrics. Then Meyer provided Kelley with some ideas for the melody to the song. Kelley then shaped and refined the song further. The music is fairly simple constructed. The songs are built up with a few basic guitar chords and an occasionally banjo or bass. However, the arrangements are quite exquisite in their minimalistic way. PM was more focused on writing and recording in their attic studio than touring. Similar to a couple of other bands in the genre, PM were more known in Europe than in US. Since their label was British, they spent relative more time touring in UK.

The characteristic that makes PM interesting is the dynamics and interplay between Meyer and Kelley. Christa Meyer is a classical trained mezzo-soprano and takes on the most of the vocal responsibilities. In fact, her singing qualities are quite unsurpassed in the female “gothic country” genre. Tim Kelley has an adroit and unpolished baritone which creates an intriguing contrast to Meyer’s vocals. But, it’s when they sing together in beautiful harmonies it really stands out. Nothing lasts forever, especially the good things in life. A couple weeks after their fifth album was released in 2010 they announced that they were getting a divorce, which also meant the end of the band. As many other albums made under similar conditions the album is characterized by pain, loss, demise, doom and dissolution. Great music has always been made under hard conditions. The farewell concert (ironically also a release party) took place on February 22, 2010 at Empty Bottle in Chicago. Puerto Muerto didn’t go quietly into the night. In an interview for the Chicago Sun-Times, Christa Meyer stated: "We want it to be a fun, crazy night-a big blowout. Go down in a fiery ball of flames! You only have so many chances in life to go down in a fiery ball of flame, and if you're going to bow out, you might as well do it dramatically." Meyer and Kelley are still active in music. Christa Meyer’s band is called “Man is Man” and Tim Kelley’s band is called “Moss Garvey”.

Puerto Muerto is for some strange reason (at least for me) often labeled “indie rock”. I beg to differ. PM is “gothic americana” of the most exclusive brand. Their sound is gothic and creaking. Their lyrics are dark (just as it should be). I have noted that my rankings of their albums and songs differ greatly from others. In fact, they’re quite the opposite. As a purist and authenticity fetishist you can’t expect to end up having the same views as other people. You simple have to be content with the fact that you are right. This gives some consolation in the world of label-making and compiling. PM has been labeled "dark cabaret", “punk-rock folk music” and “indie folk”.

Puerto Muerto has released five full-length studio albums (not counting “Songs Of Muerto County Revisited”, which is an expanded version of the third album). They were very productive. Their first album “Your Bloated Corpse Has Washed Ashore” was released in 2002. The album is now a cult classic in some small but important circles. All albums have been released on British label Fire Records (better known for releasing hardcore bands). Their second album “See You In Hell” was released in 2003. Their third album “Songs Of Muerto County” is an alternate and unofficial soundtrack to the movie “The Texas Chainsaw Massacre”. The idea of re-recording a soundtrack to a horror movie came from Clive Solomon (founder of Fire Records). Their fourth album “I Was A Swallow” was released in 2008 and is their most subtle (and weakest) album. Their fifth and last full-length album “Drumming For Pistols” was released in 2010. It’s a great last album and a dignified end for this underrated and overlooked "gothic americana" band. The compilation (below) ends perfectly with “Goodbye To An End”. It’s a song about love that is dead and gone.