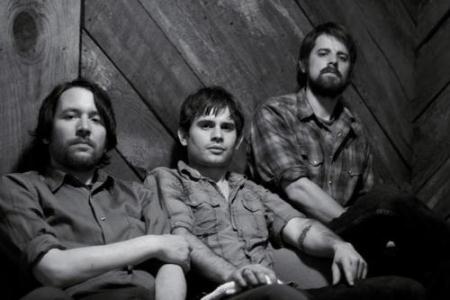 Creech Holler is a band from Murfreesboro, Tennessee (and later relocated to Nashville Tennessee). The band name "Creech Holler" is not very intuitive. At first I thought the name was composed of two last names from a fantasy book by Sharon Creech called Ruby Holler. But on the Internet, I found the right answer. "Creech" is the family name of one member. The family comes from the mountainous areas outside Kingsport, Tennessee. "Holler" has two contextual meanings. In the South, "Holler" refers to a narrow valley between mountains. "Holler" also refers to a beastly sound, guttural cry or an exclamation. “Holler” is thus open to different interpretations and that is probably also why the band chose this name. The matter has been investigated and the case is closed (at least for my part). One should not underestimate the significance of a band name. A good name must interact with the lyrics and the music. If they in turn interacts with the album cover that would really close the circle.

Creech Holler was formed in 2004 and consists of Jeff Zentner (vocals, guitar and banjo), Christian Brooks (drums) and Joey Campbell (bass). Jeff Zentner and Christian Brooks met at a concert with Black Diamond Heavies, where the former performed solo. Joey Campbell - who was already familiar to Christian Brooks – joined up later. At the time Jeff Zentner lived in Asheville, North Carolina while Christian Brooks and Joey Campbell lived in Nashville, Tennessee. It is 400 km or a 4 ½ hour drive between the cities. This circumstance made it important for the band to make use of the time together during tours and in other contexts. Their creative process normally begins with Jeff Zentner who does a solo version of the song. Subsequently, the two other members come into the process. This implies a quick songwriting process. Themes for the songs are "murder, misery, religion and death." The debut album was called "With Signs Following". The title is a direct reference to "The Church of Jesus Christ with Signs Following" which is part of the Pentecostal movement. They are also called "Snake Handlers". The preachers of "With Signs Following" interprets certain passages in the Bible literally, especially the Gospel of Mark 16: 17-18: "And these signs shall follow them that believe; In my name shall they cast out devils; they shall speak with new tongues; They shall take up serpents; and if they drink any deadly thing, it shall not hurt them." The "With Signs Following" church follows the five signs: exorcism, speaking in tongues, laying on of hands, drinking poison (preferably strychnine or lye), and handling poisonous snakes. Faith is an incredibly powerful weapon. Not quite as many as you might expect have died from snake bites or by drinking poison, but the commitment has claimed its victims over the years. The handling of snakes is prohibited since the 1940s, but the long arm of the law is not always long enough to reach out in all capillaries in U.S., especially in rural areas. Snake handling still occurs.

The music consists of original and traditional songs, as well as an occasional cover. Creech Holler is not for everyone. The music can be described as "Southern Gothic set to stun." Creech Holler reminds of Woven Hand. It is dark, unsettling and enigmatic. The difference between them is that Creech Holler is more electric with feedback guitars and an extreme harsh treatment of the drums. In some cases it resembles of grunge-garage-blues. On the band's website, they write: “Creech Holler plays the music of midnight whiskey stills and front porches. of those whose sole act of contrition before god was to make song of their sin and sorrow. of those who have been to dark places, and who left their soul there. of those who deemed it necessary to kill some poor son of a bitch who had it coming to them, and then deemed it necessary to sing a song about it. of those who loved the sacred and the profane in equal measure; who played the devil's music on saturday night, and god's music on sunday morning. of those who have trod black paths so long that they have forgotten the light, but not so long so as to forget to bring their gun and a shovel. of those who saw fit to salve their wounds with the banjo, the fiddle, the guitar. of those who know no other way to touch the face of god than to take the venomous serpent to their breast, and drink deadly things, and take up fire, and live or die by the power of their faith and the force of their will and the sweat of their backs. creech holler is the hills and hollers of east tennessee and the fields of the delta, and the regret and desires and vain hopes of redemption buried under their soil. it's everywhere that america's bad blood flows and gives birth to hymns to the wrong that lives in low men's hearts. it's the ghosts of america's music reborn in furious electricity.“

The authenticity of Creech Holler - with their roots deeply entrenched in the American South - is indisputable. Creech Holler is also represented with a song on one (Rodentia I) of the four compilations with The Best of Dark Roots from Devils Ruin Records. It is a mark of quality (let be an obscure one). Creech Holler is on an indefinite hiatus. Time will tell if the hiatus is permanent or not. A lot of time has now passed and I would be very surprised if Creech Holler took off again. There’s however no discord between the members. Not even a commuting problem anymore, since everyone nowadays lives in Nashville, Tennessee. Jeff Zentner has released three solo albums: Hymns To The Darkness (2006), The Dying Days Of Summer (2009) and A Season Lost (2012). Creech Holler has released two albums: "With Signs Following" (2006) and "The Shovel And The Gun" (2008). The album covers are outstanding, but the back covers are even more spectacular. Both albums are designed by Gin Stevens. On the first album cover: a dead corkwood where the branches are decorated with bottles, back cover: a "Snake Handler" with his hands full of snakes. On the second album cover: a hand, tattooed with a gun and the word "fate". The hand rests on a playing card with two crossed shovels, back cover: a gravedigger with a firm grip on a shovel. Can it get any better than that in the “gothic country” genre? Probably not.

Best album: With Signs Following or The Shovel And The Gun (can't decide)