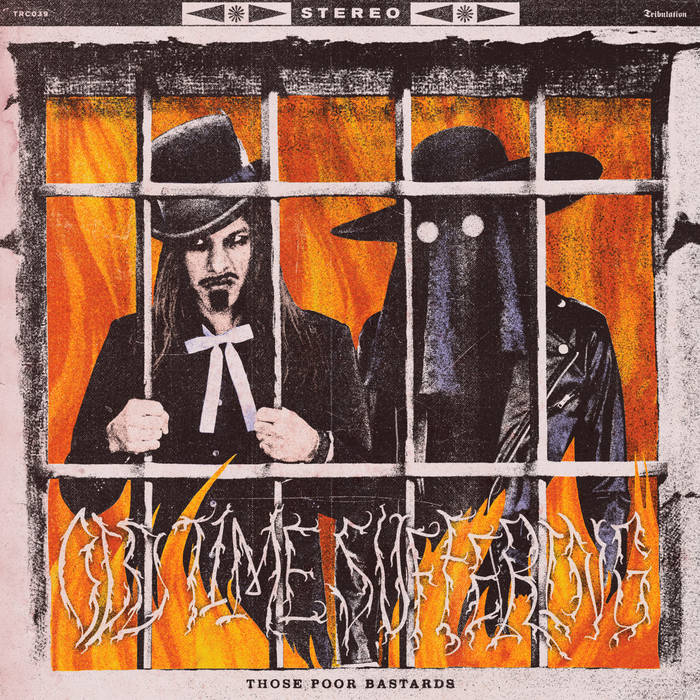 Those Poor Bastards are one of the stalwarts of the gothic country genre. The "Prophets of the Country Doom". They are known for controlling all parameters and for their steady production rate. But this time vinylmania has created an obstacle. Before the summer TPB announced on Facebook: "Due to extreme delays in vinyl record pressing, it looks like the new Those Poor Bastards album "Old Time Suffering," will be released this Fall instead of this Summer.", read more here (opens in a new window). Well, I guess releasing a cd first and the vinyl album later was never an option. Vinylmania is a serious disease. The signed test pressings are already sold out, $100(!) a copy. We, the cd collectors, are not a prioritized group. In fact, we are a marginalized and mocked group. Sooner or later, the day will come when there are no CD releases at all. My plan is to switch over to uncompressed digital format. We are not there yet. Anyway, I have pre-ordered a cd copy and it's on its way from Stoughton, Wisconsin. What can we expect from TPB? Those Poor Bastards are quality-conscious. Nevertheless, I was pretty disappointed of their latest release "Evil Seeds", read more here (opens in a new window). Was this dip an one-off event? I think and hope so. Those Poor Bastards have presented one song from the upcoming album, "Tobacco's But An Indian Weed". Wow, if this catchy song is representative for the whole album, then TPB have created a splendid new album. "Old Time Suffering" will be released on December 10th, 2021.