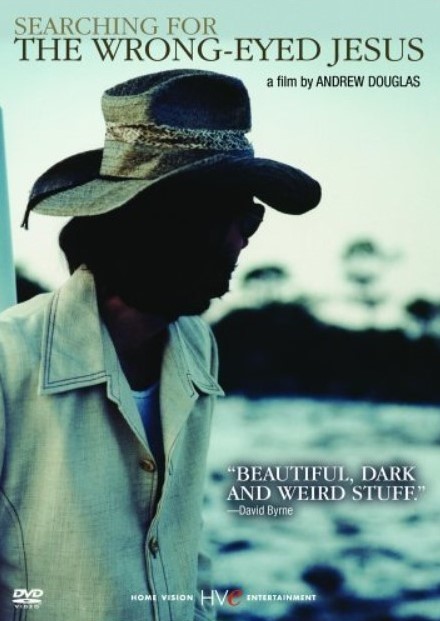 There was a time when I thought that visiting "the South" could be lethal. The reason for this was the movie "Deliverance" in which an unnamed mountain man without any hesitation states “This river don't go to Aintry. You done taken a wrong turn. See uh, this here river don't go nowhere near Aintry”. It clearly defined the meaning of not having control over the situation. Movies can thus be a strong influence, but I like to believe that I have developed a less prejudiced view over time. However, you have to tread lightly when approaching the subject "the South" since it's overwhelmed by myths, history and interpretation. Not only what is interpreted, but also who is the interpreter (southener or non-southener) are important. In fact, I have come across an academic thesis with the formal title "Capturing Southern Identities: Auto-Ethnographic Documentaries of the Southern United States" which among other issues dissects the movie "Searching for the Wrong-Eyed Jesus", pp 40-49, which you can find here. There's a putrid odor of "authenticity fetishism" in the text that can not be attributed to purpose, scope or problem statement. Jim White (an ”imitation Southener”) challenged strong conventions when he went looking for the “gold tooth in God’s crooked smile” in "Searching for the Wrong-Eyed Jesus", a BBC award-winning road-movie by director Andrew Douglas exploring Southern culture through its music and stories. Jim White's role was as a narrator and guide. In the movie he drove around in a 1970 Chevrolet Impala with a sculpture of Jesus sticking out of the trunk. In the movie he passes juke joints, junkyards, mysticism, Christianity, trailer parks and prisons. Of course, the film really pissed off some purists. In an interview for Paste Magazine in 2008 Jim White calmly said: “My role in the movie has certainly provoked some interesting responses among Southophiles,” White says. “I cherish my role as lightning rod! Hopefully I'll get assassinated and my album sales will skyrocket into the tens of thousands and my family will finally be able to afford soap and toothpaste.” You can watch the trailer for the movie here. 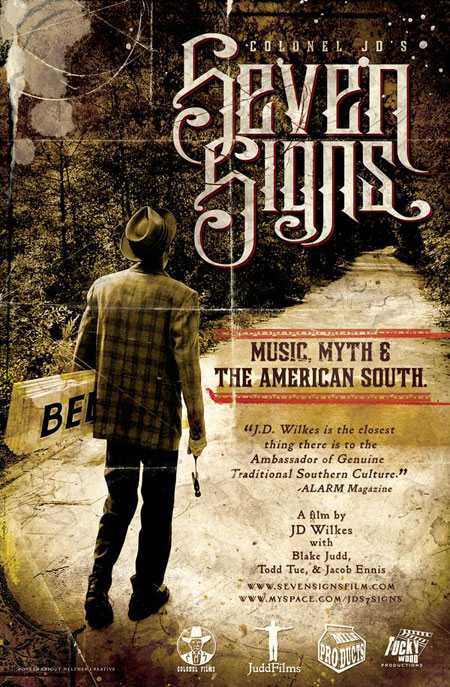 One who got at least a little pissed off was Colonel JD Wilkes (frontman of Th' Legendary Shack Shakers). In an interview for Staythirstymedia in 2006 he said: ”I'd seen the movie Searching for the Wrong-Eyed Jesus, and felt that it kind of left me a little wanting and I thought it was kind of half the story, or half the picture and the other half was somewhat damaging to people's concept of the South. So I thought I would do a little damage control and make my own movie, even if it meant I would do it black and white with a shaky camcorder, I was just gonna try to set the record straight. To explain the South, to the BBC - what (Jesus) was. In LA, New York, and Chicago singer-songwriters were trying to explain the South to the BBC, rather than southerners explaining the South to the world. I thought that the important thing to clarify was that it's not this ignorant cesspool of filth and it's actually a haven for art and creativity and there's actually a lot of intelligence there. The South does not corner the market on ignorance. And as our scientologist friends on the West Coast prove, it's kind of one of those things that needed to be said and needed to be said by a southerner.” In the movie Wilkes nails up seven signs, each of them representing an apocalyptic theme (plague, famine, earthquake, the sky will turn dark and oceans will turn to blood. Antichrist will emerge followed by final battle between good and evil). A (deliberately?) misspelled church sign “There's no LIE in what we BELEIVE” becomes a recurring theme throughout the movie (and on the movie poster, see right). By its very nature, "Seven Signs" received none of the criticism that hit "Searching for the Wrong-Eyed Jesus". Instead the movie was described as "profund, emphatetic statement", "an admirable work of portraiture, capturing the humanity, complexity and wisdom of figures who land along a continuum of piety, mysticism and iconoclasm" and "dignified and disarming" among other poetic adjectives.