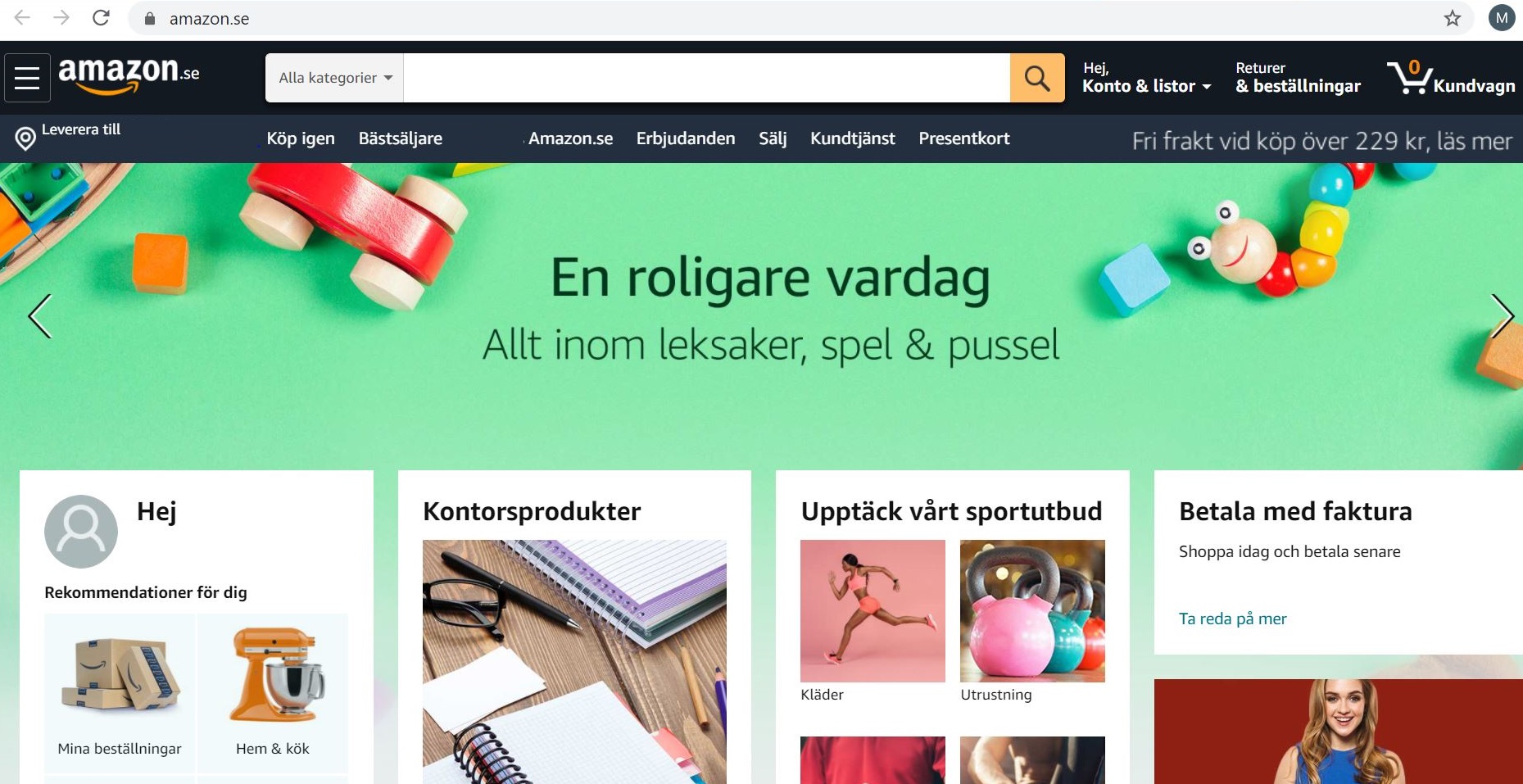 The Wolf is coming! Rumour has it that Amazon will launch a Swedish retail site. The Big Bad Wolf huffed and puffed for many years, but never came. Maybe Amazon forgot about our little country in the north? This year the buzz began to grow in intensity. Swedish market analysts almost wet themselves in eagerness and admiration. They spoke devoutly about Amazon in military terms: shock-and-awe tactic, a combination of brute force and surgical precision to wipe out all competition. On October 28, 2020 Amazon finally launched the Swedish site. The launch became a disaster and Amazon became a laughing stock. The errors were numerous. For example, translations were either incomprehensible or weird. Some disastrous automatic translations resulted in vulgar four-letter words for male and female genital organs. It didn't stop there. Amazon used the Argentine flag instead of Swedish one to represent country (select your preferred region/country website). How hard can it be to get the flag right? A flood of mockery began. Amazon tried to downplay the mistakes and stated: "We want to thank everyone for highlighting these issues and helping us make the changes and improve Amazon.se". However, the mockery overlooked more important issues: the poor supply and high and inconsistent pricing. I had high hopes for the Swedish retail site. I thought it would open the door to the world of cds, especially the US market. It didn't. Maybe Amazon can get their shit together. If not, the Swedish websites CDON and Ginza can go back to sleep again.