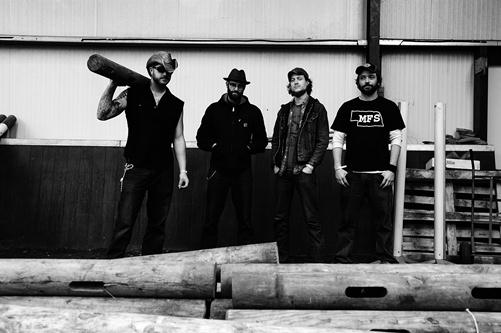 In several blog entries I have made the prediction that the best years for the genre have come and gone. Are we already at the point where we are looking back and remembering? A warning bell should ring when you're looking more back than forward. The state of Wisconsin's motto is incidentally: "Forward". Very apt for Wisconsin's fastest band, .357 String Band. Ten years ago they released their second album "Fire & Hail". Read all about it here (opens in a new window). In this well-written article you can follow the rise and fall of streetgrass. It also captures the zeitgeist. .357 String Band closed shop with two farewell shows in Milwaukee and Green Bay on 25 and 26 November 2011. They didn’t go quietly into the night. I've been thinking a lot about why this particular band concerns me. An explanation is the monumental injustice: their interest for traditional music, the strong commitment, the unparalleled brilliance, the ridiculously low return on their work, all deprivations of family and friends and ultimately the unbroken view of life despite the lack of commercial success. What is the explanation to why it never took off for the band? Most important, the lack of strategies to make their music and the band known. The band was extremely bad at marketing themselves and hated it at the same time, which isn't a good combination. The band had its entire focus on playing and touring. A little naive perhaps, but to retain their integrity and just do what you believe is not so bad either. ”Rest easy boys, you did well”.