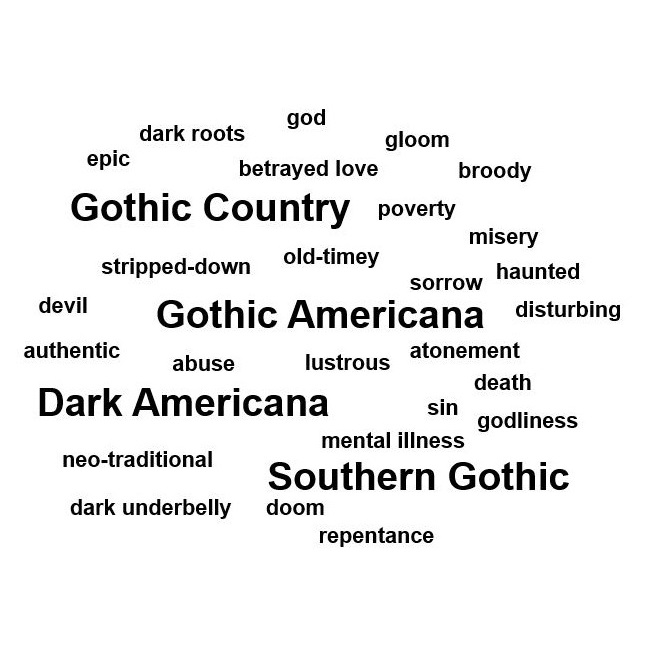 False advertising is defined as the act of publishing, transmitting, or otherwise publicly circulating an advertisement containing a false, misleading, or deceptive statement, made intentionally or recklessly to promote the sale of property, goods, or services to the public. A false advertisement can further be classified as deceptive if the advertiser deliberately misleads the consumer, as opposed to making an unintentional mistake. Clearly, there's a court case pending for some bands and artists. I want to believe that there's a future for the genre, but the empirical support for this is weak. Maybe, I have a defeatist attitude. Now and then sensible and discerning people have to remind me that there are others out there. However, it's a lot of work to separate the wheat from the chaff. Under the Christmas holiday I decided to work as a threshing machine. I used the snowball sampling technique, which is a nonprobability sampling technique where existing study subjects recruit future subjects from among their acquaintances (the sample is expected to grow like a rolling snowball). I went from one disappointment to another. No snowball emerged. On the contrary. I literally waded in a cesspool of copiers, fakers, imitators, impersonaters and imposters tagged gothic country, gothic americana, dark americana and southern gothic. I know that I can be conservative, strict and judging. But, I have committed myself "to explore and promote gothic country, southern gothic, gothic americana, american gothic and dark americana and ...whatever". No more, no less. The course has been set and there's no reason to deviate from the path. I haven't given up. I will try to find new bands and artists. However, the effort is considerable and the efficiency questionable. Is the mislabeling a honest mistake or a deliberately misleading of the consumer? False advertising is what it is. Maybe a cease and desist order is what it takes. A cease and desist letter is a document sent to an individual or business to stop allegedly illegal activity. The letter may warn that, if the recipient does not discontinue specified conduct, or take certain actions, by deadlines set in the letter, that party, i.e. the letter's recipient, may be sued. In flagrant cases, a letter might put an end to it. Or else, a court of law will decide. The verdict will be guilty on all charges. The evidence is quite overwhelming.