"Cleanin' Out My Closet"

Recently, I got rid of very precious artefacts, namely three booklets with sheet music from Black Sabbaths first five albums. They have been stored in my closets for over 40 years. I read somewhere that if you haven't touched your belongings during the course of three removals, it's safe to get rid of them. Of course, the booklets didn't pass the "three strikes and then you are out"-test. I've moved eight times since I bought them and the last time I moved was 10 years ago. I’m not a hoarder. I haven't collected things other than cds (and stamps when I was very young). Still, your belongings tend to become more and more. The long and hard separation process pushes a lot of buttons. Why did I get them, why did I keep them and what made me finally get rid of them after all these years. In this blog entry I will try my very best to answer these questions. Anyway, we will have to start from the very beginning. 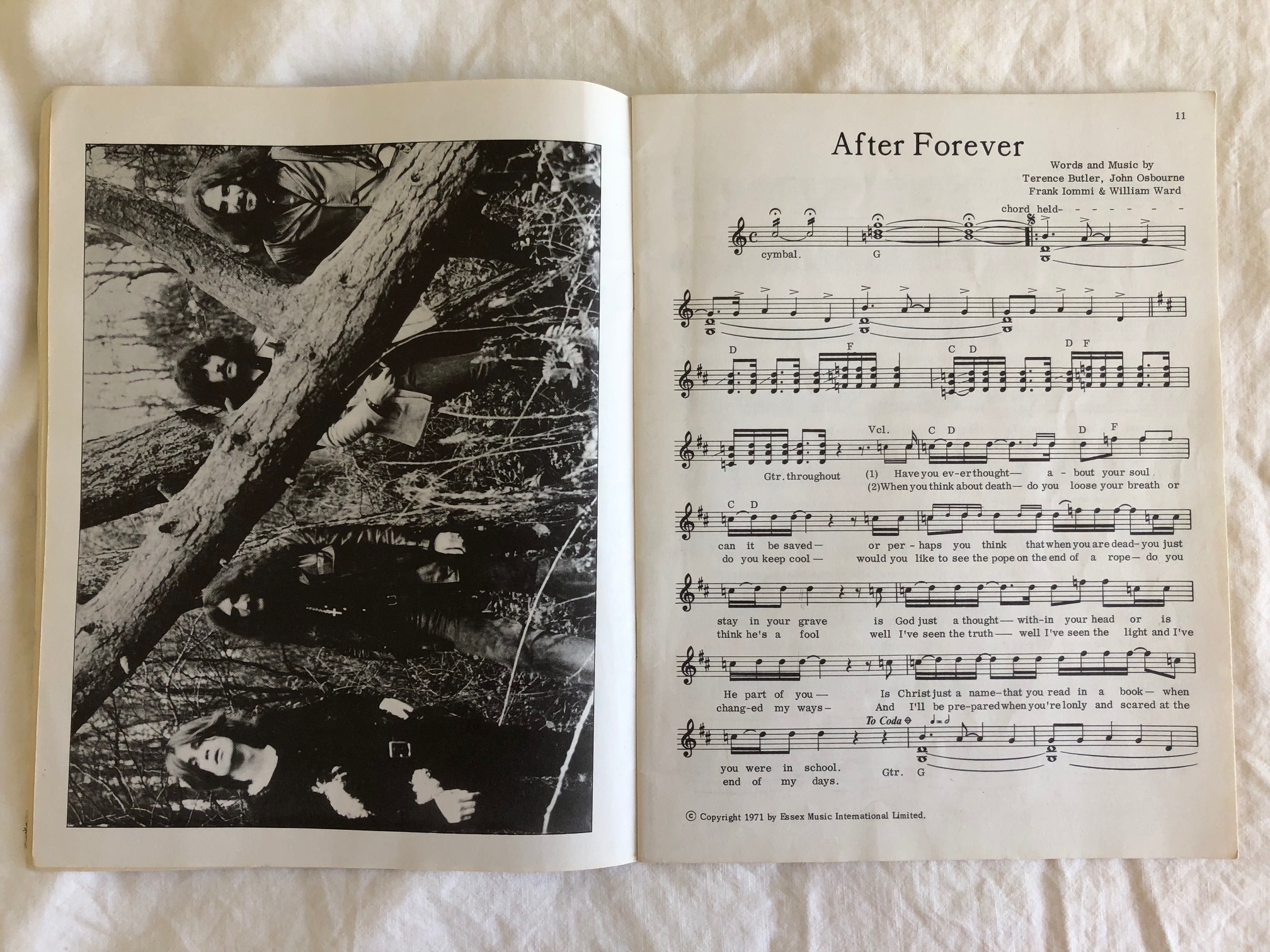 Why did I get them? Very good question. Buying their albums is uncontroversial, but buying their sheet music is more difficult to explain. Anyway, a line had been crossed. In my adolescent years I was a devout Black Sabbath fan. More than devout, I would say. I listened to their albums on maximum volume with the risk of impairment of hearing. However, I never got the chance to see them live (in their haydays, that is). The closest I came to this maybe life-changing experience was a cancelled tour. Allegedly, Ozzy Osbourne was taken in to a mental institution after drug related problems. The first and only time I've seen them live was 3rd of July 2005 at Globen Arena in Stockholm. Original line-up. They did their best to live up to the expectations, but obviously they had passed their expiration date. Rock is a very physical act, especially if you're a drummer. Bill Ward was, at the time, 57 years old. I can imagine how that feels. Back to the devoutness. I bought the booklets with sheet music under the pretense that I should learn to play guitar and master all the Iommi riffs. I didn't succeed. First, I wasn't good at reading music or taking chords. Second, I totally lacked the necessary predisposition and dedication. However, my little brother had both. I was quickly overtaken. Browsing through the booklets brings back memories. I still remember when and where I bought them. I bought them in the mid 1970s at Sergel Musik AB and Svala & Söderlund in Stockholm, small sheet music and record shops (the former an affiliate to the latter). The shops closed down in the beginning of the 1990s and in the year 2000, respectively. 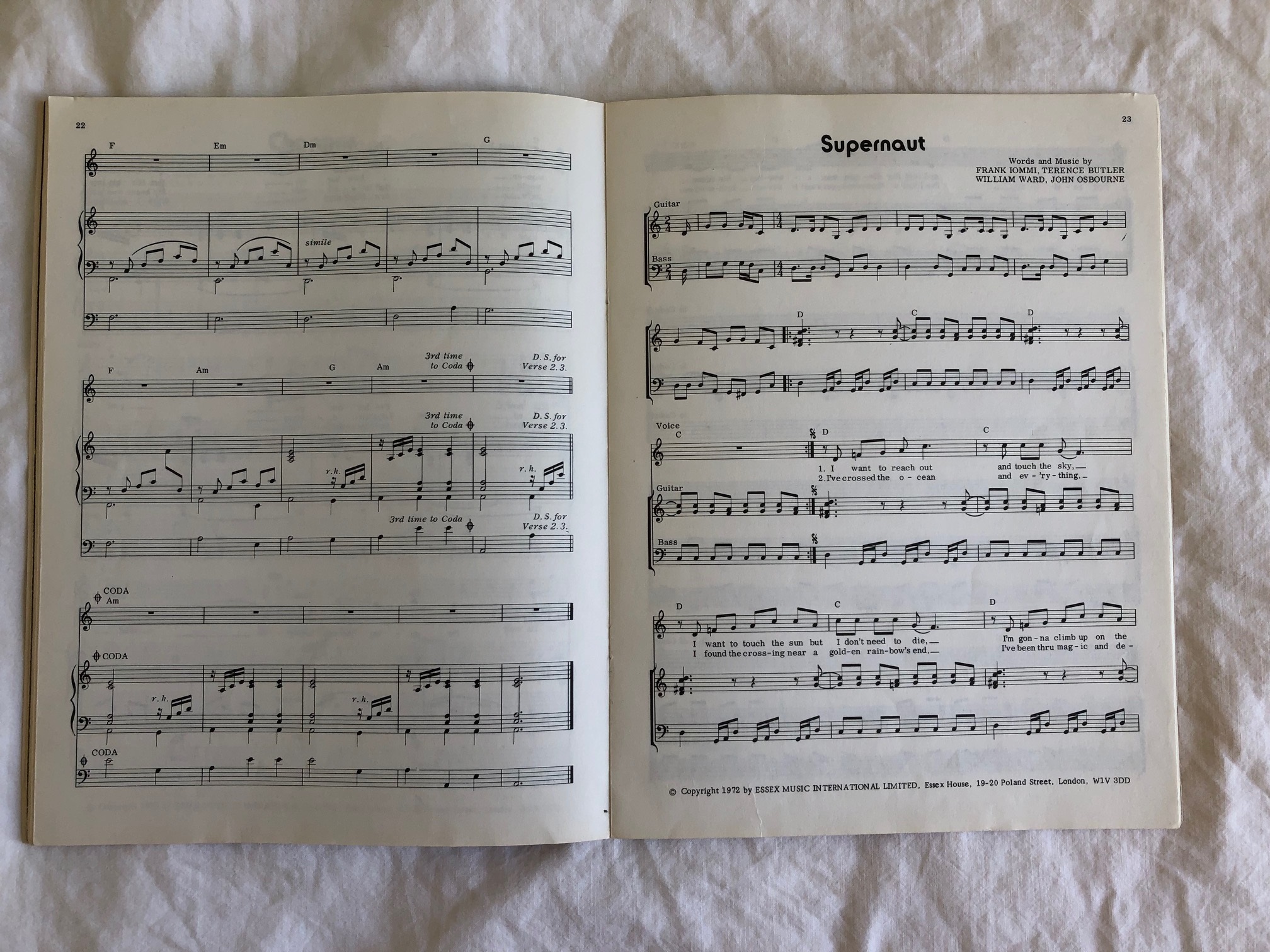 Why did I keep them? I had every reason to get rid of them. In the beginning of the 1980s I adopted a preppy style. It may be hard to imagine, but during my senior year in high school I walked around in pea coat, crew neck Alan Paine cardigan, Lacoste tennis shirt, Dexter loafers and wore checkered golf pants. It wasn't compatible to be associated with Black Sabbath. An awful lot of terrible music rolled in and over us. Black Sabbath were not dead for me. Now and then I listened to them in solitude. Some old classmates were hard core to the bone. At the 2005 concert I met two hardliners, even more devout than I was, who have held on their principles over the years. Never sold out or cut their hair. They weren't surprised to find me there. In some ways it was like coming home again. With age comes that you aren't ashamed for what you are or have been. I think I kept the booklets of the utmost respect for Black Sabbath and a subconscious feeling that we would reconnect later in life. Which we did. And listening to gothic country music today would surely not been possible if it weren't for Black Sabbath. Black is black. 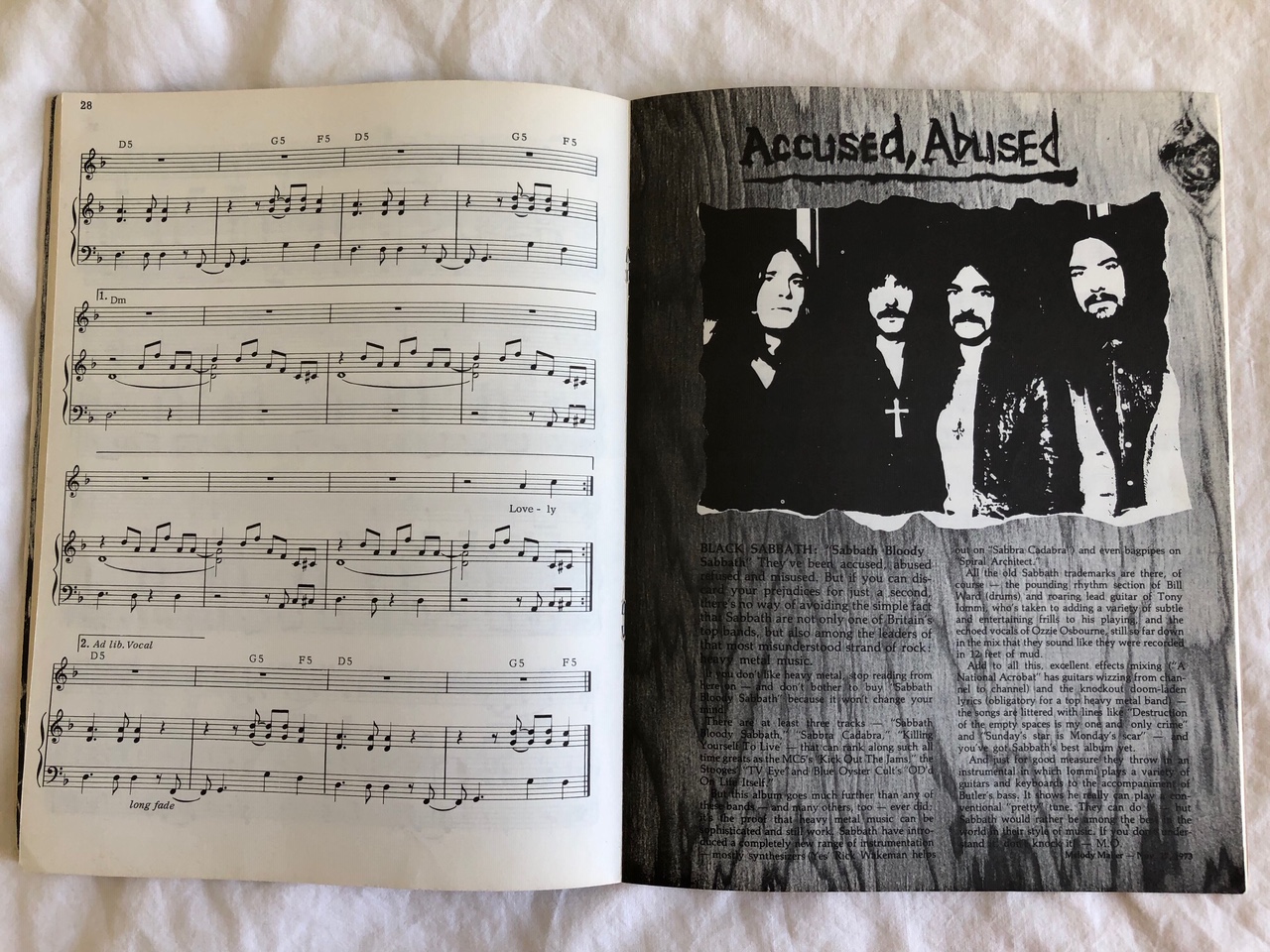 What made me finally get rid of them after all these years? It could be "death cleaning", the Swedish folkloristic phenomenon by which the elderly and their families set their affairs in order. They didn't want to burden their children with going through their drawers, sorting out precious heirlooms from junk. The modern take of the agrarian society phenomenon is when you're downsizing from a house to a smaller apartment. Things go either to a thrift store or in a dumpster. Some people I know set up a strict policy, one in-one out, to keep the total number of things from growing. Maybe there's a simplier explanation to why I got rid of them. You can feel satisfaction over that things comes to use and finds a better home. Now that they're gone I don't feel any remorse or particular empty inside. Sometimes, you have to bend up your cramping fingers and let go of things. Besides, I got 1000 SEK (which is approximately $107) on Tradera (Swedish eBay). This money will go directly into buying rare gothic country cds. I'm not committed to the one in-one out policy. But hopefully, the net effect will be zero. I can also live with a positive net.