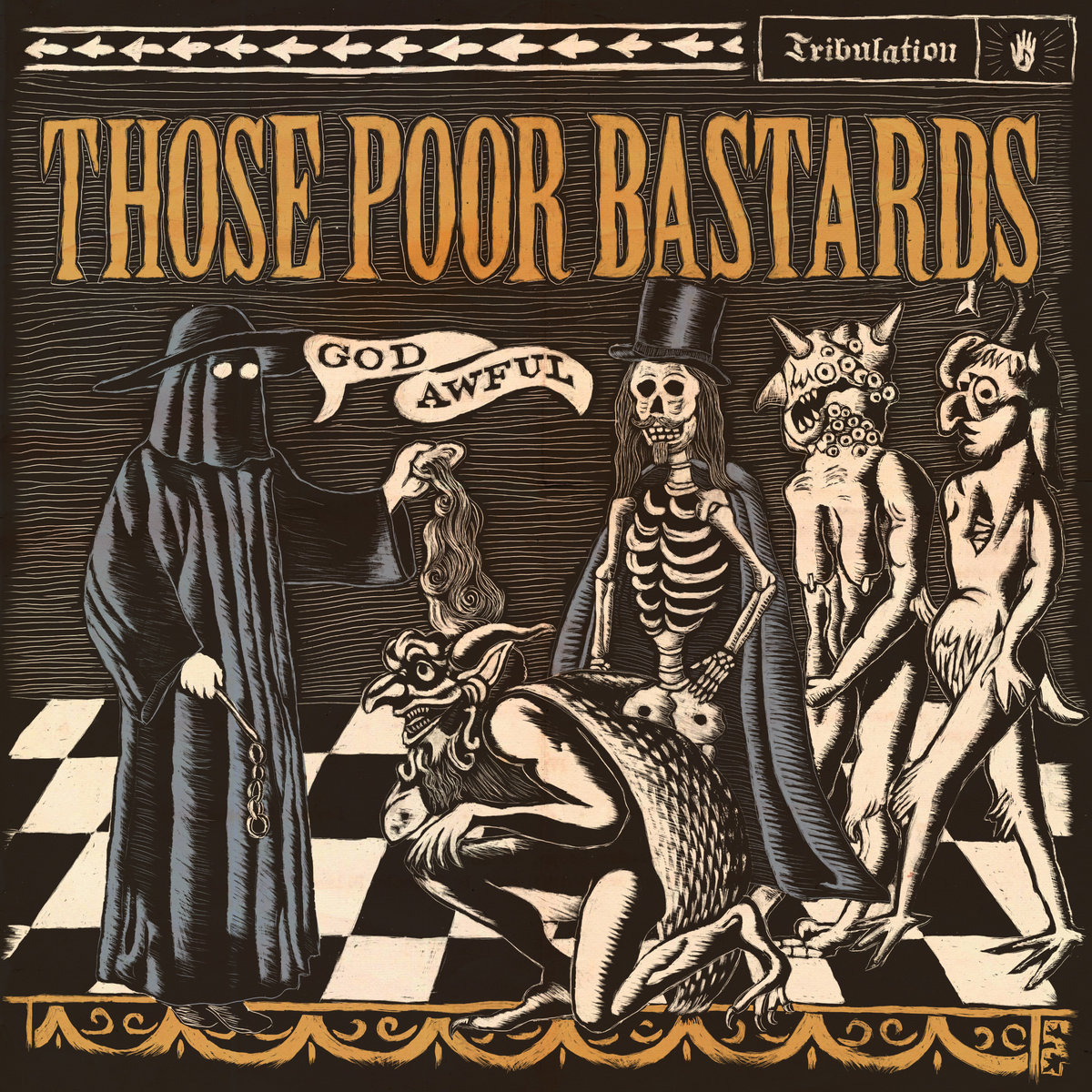 Those Poor Bastards released their new album "God Awful" on November 18th 2022. I pre-ordered a cd copy and it arrived in good time from Stoughton, Wisconsin. I got plenty of time to listen to it. Buying cds from the US is getting pretty sick. $13 for the cd, $20 for the shipping, $1 in import charges and $6 in a postal administrative fee, which amounts to $40. The level of getting your money's worth has risen to unprecedented levels. But, the cost isn't my main concern. Those Poor Bastards may very well be the "last man standing" in the gothic country genre. They are known for their steady production and quality standards. However, I was disappointed of "Evil Seeds" (2019) and overwhelmed by "Old Time Suffering" (2021). I'm buying blind and don't know what to expect. From the product declaration of "God Awful": "Those Poor Bastards continue their tireless exploration of the pitfalls of mortal existence with eleven all new hits with such troubled topics as the extermination of the rich, the shameful allure of drunkenness and the repentless confessions of a criminal on death row." There are a couple of songs full of wit and energy: "Heaven's For The Poor", "Full of Failure", "What's In It For Me?", "Night Thorn" and "Confession". The lyrics of "Full of Failure" are hilarious. Other songs on the album are either weak or insipid, for example "Untamed", "Drinking Alone", "Redemption Angel", "Brother is Dead" which drags down the overall impression. The product declaration continues: "Vintage country music combines with distortion and repulsion to create a toxic sludge of contrarian sounds in a style that only Lonesome Wyatt and The Minister would ever dare muster." I agree. All in all, another good album from Those Poor Bastards. On the downside. The running time is 35 minutes. The last song begins and ends with the familiar sound of tonearm clicking and vinyl crackling. The very short running time and the closing homage indicates vinylmania. Been there, done that. Never going back again.