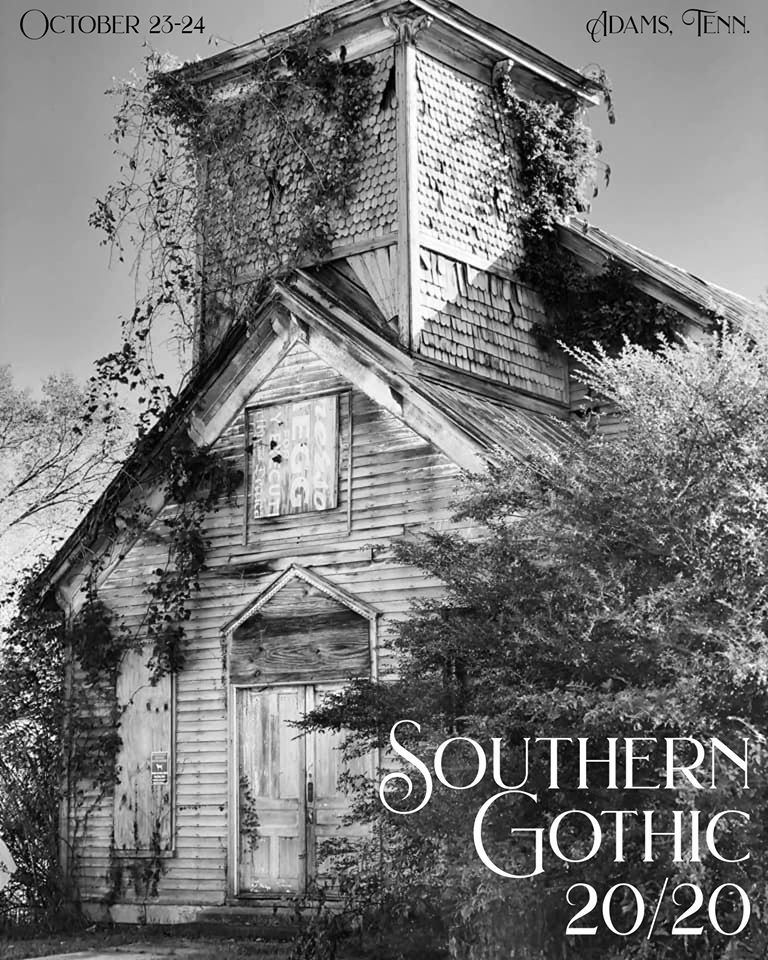 The Southern Gothic Campout 2020 wasn't pronounced dead at the scene. Just cancelled. In terms of substance, it's nearly the same thing. The cause for cancellation wasn't a potential risk of overcrowding. Too many people in the middle of nowhere in Adams, TN has never posed a problem for the arranger. The attendance figure was circa 100 in 2017 and tickets were limited to 300 in 2019. On June 26th the arranger wrote on their Facebook page: "This event has finally succumbed to the cold icy grip of the Covid-19 virus. Our 2 headliners have canceled their tours for 2020. Slim Cessna's Auto Club and Munly & The Lupercalians have pushed their performance to the 2021 Southern Gothic Campout. You may use your ticket for any other Muddy Roots event through 2022." When the headliners are gone, everything else falls apart. The SGC music festival was supposed to become a tradition this year since thrice is a tradition. Covid-19 has led to a downfall for many sectors. For musicians, however, the pandemic have had the same effect as when you put an icehockey-stick through the spokes of a bicycle. Sudden and total stop. Nobody knows if, when and how things are going to start up again. The maximum number of people allowed at a public event in Sweden is limited to 50 since March 2020. The restriction applies to events such as concerts, conferences, and sports matches, but not to private events such as parties or weddings, or in places like schools, workplaces or shopping centres. The Swedish Government declared on August 24th that the limit on public events would remain, but that it is looking into granting exceptions for seated events. The Public Health Agency of Sweden has recently suggested a limit of 500 people for seated events and 1 meter (40 inches) between attendants. This is good, but 500 people in a 3000 people venue will not make ends meet. Someone has to pay for the 2500 empty seats. Maybe, the Government has a plan. Southern Gothic Campout is a great initiative. It would be very unfortunate if the dark roots music festival never became a tradition. We need traditions. They contribute to a sense of belonging and meaningfulness. And we need to belong to something and things must have a meaning. Otherwise, we might as well be dead.