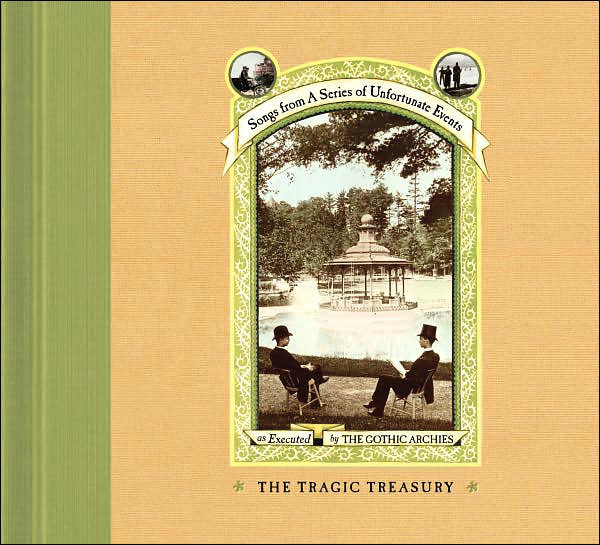 I'm surprised, thrilled and amused. I thought that I had explored every single branch, twig and leaf in the gothic country music genre. Obviously, I had overlooked "goth-bubblegum". The finest and maybe only example of this sub-genre is "The Gothic Archies" (TGA). The band name is a pun, alluding to the term "Gothic arch" and to the fictional garage band "The Archies". A little bit of humour in the gothic genre won't kill us. TGA was created and largely performed by Stephin Merritt of The Magnetic Fields (indie-pop). TGA got more well-known when Merritt wrote, performed and recorded songs for the audiobook versions of Lemony Snicket's "A Series of Unfortunate Events". For those of you who aren't familiar to this book series, it's Victorian gothic literature for children disguised as children's novels. A collection of thirteen songs based on each book and two additional tracks was released as "The Tragic Treasury" on October 10, 2006, to coincide with the release of the final book in the series. The main thirteen books in the series have collectively sold more than 60 million copies and have been translated into 41 languages. The Gothic Archies briefly toured to promote the album featuring Merritt on ukulele and Daniel Handler (a.k.a. Lemony Snicket) on accordion. In 2002, The Gothic Archies composed original music for the audio book version of Neil Gaiman's Coraline (a dark fantasy children's novella). That's about all there is to say about this novelty act. And the verdict of The Gothic Archies? Not bad. Not bad at all.