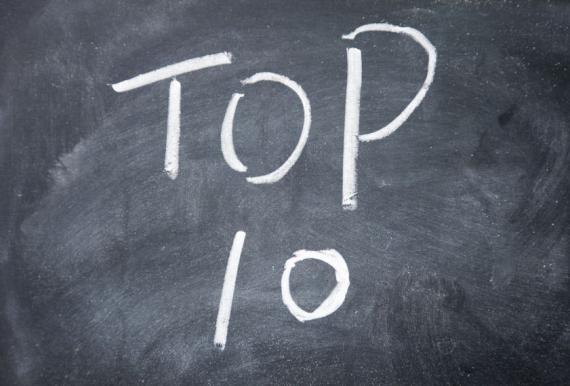 Quotes, quotes and quotes. Quotes are everywhere and hard to avoid. They even pop up in the electronic invoice system at my workplace. Their purpose seems to be to light up the day with both inspirational and sprightly exclamations and share thoughtful life wisdoms. Unfortunately, they have the opposite effect on me since I tend to get annoyed with sententious drivel. If I can understand them. Sometimes the quotes are completely incomprehensible. Of course, there are quotes and there are quotes. Very few quotes reach the standards of Oscar Wilde (the true master of sardonic one-liners). However, I'm very amused by the quotes within in the "gothic country" genre. They were never meant to be quotes and are just "cut out" as quotes by yours truly. A quote requires some universal insights. The injustices in the "gothic country" genre are numerous, extensive and outrageous so there's no lack of topics to extract quotes from. The "cut out" quotes are often self-ironic and sarcastic and contain a large dose grim humour, but are for some reason never bitter. Soldiering on no matter what. For this, the artists and the bands have my unreserved respect. Here are the top ten quotes.

1. "Let’s be honest: this type of music is an acquired taste"– Christian Williams (about the limited interest in gothic country from major record labels)

2. "I find it easiest to write what I know about. Religion is king where I grew up... I'm never left without source material." - Zebulon Whatley (about the source of his creative output)

3. “Musicians are generally pretty terrible people” – Slackeye Slim a.k.a Joe Frankland (about the difficulties finding musicians to work with)

6. ”All of the hiss, noise and defects from the original recordings have been retained for your listening displeasure.” – Lonesome Wyatt (from the liner notes on the triple-cd Moldy Basement Tapes)

7. "I pick the songs and adjust them for my needs, trying to hammer them into a shape where I can sing them without being phony or a wanna be.” - Uncle Sinner (describing his working methods)

8. ”I see that in the scene are some pretenders who are "so daaaark" and others who appear to be very truthful in their expressions.” – Dad Horse Ottn (about the future for artists/bands in the gothic country genre”)

9. "There are two kinds of gigs. Normal gigs and weird gigs, I hate normal gigs.” – Reverend Elvis and the Undead Syncopators (about their live performances)

10. "What’s the difference between a musician and a large pizza? A large pizza can support a family” – Josh T. Pearson (about being a struggling musician)