This extreme long blog post is another piece in the puzzle of how I became the Ambassador. The Swedish shool system definitely had something to do with it, directly and indirectly. The post is divided into four separate tableus (I know, it's pretentious, but so am I). 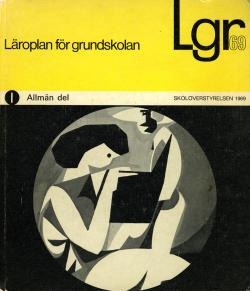 Tableau I. The institutional context
The overall aim for the public school system in Sweden is to ensure that all children have access to the same high-quality standard of education. This objective is equally grand as appealing. Equal oppportunities is a prerequisite for social mobility, which in turn is the cornerstone in every modern society. I grew up with Lgr 69 (curriculum for the compulsory school). Social engineering was the dominant paradigm at the time. The Picasso-inspired book cover of Lgr 69 signaled change. And change was about to come. The school bureaucrats at Skolöverstyrelsen, SÖ (Board of Education) were ideological, zealous and meticulous. SÖ withstood a comparison with the original; Gosplan, the State Planning Committee in the former Soviet Union. I was in my pre-teens, but I still managed to observe the low-intense clashes between the idealists coming out from teacher training college and the existing cynical old-school staff. The idealists spread the gospel, but the cynics didn't want to be saved. They just kept on doing what they have been doing for the last decades, namely teaching. However, Lgr 69 started to kick in, slowly but surely. The classroom was hitherto the exclusive domain of the teacher, with no or little transparency for others including the principal. On the other hand, you were allowed to listen to LPs on art lessons, while you were pressing watercoloured maple leafs on paper. The times were liberal. One liberal teacher became so dissatisfied with the sex education films that was provided that he showed some porn instead. The principal told him to stop doing that. No reprimands or consequences. The times were really liberal. Not all children could concentrate, adjust or endure. For this heterogeneous group there existed observation classes (obsklass). These classes were primarly intended pupils with normal intellegence, who had such psychological characteristics that they preferably shouldn't be taught in an ordinary class, but at the same time were not in obvious need of other special education. Some school critics thought that observation classes in fact were used to monitor and isolate difficult elements from the ordinary class. More progressive pedagogy was to come. In 1974 came the SIA report in nearly 1 000 pages (Skolans Inre Arbete, translation: School's Inner Workings). This was pedagogic technocracy (or technocrazy). The school shouldn't just be a school. The basic idea was to focus on the conditions in the community, which the proponents meant to be the cause of unwanted behavior among school children. Their behavior was largely a consequence of living conditions. Only by changing these circumstances could their unwanted behavior change. These intentions ultimately resulted in a proposal to equalize differences in school children's background variables via integrated shool day. The latter was a combination of teaching and so called free activities in the compulsory school. Parents could rest assure that their kids had supervision and the same hours every schoolday. What can I say about all this? It was musical chairs in the school sector, but the bulk of the time I spent in a classroom like everyone else. The future wasn't exactly mapped out. However, I became good at team work and set theory displayed on a Flannelgraph.

Tableau II. The work experience program (PRYO)
Lgr 69 also emphasized on work experience programs. Politicians and school bureaucrats have, for some reason, always been very concerned about the link between school and working life. This concern is hard to comprehend since working life, like death, is inevitable. But politicians and school bureaucrats got their will through. In 9th grade you spent two weeks in PRYO (praktisk yrkesorientering, translation: practical vocational orientation). The purpose with PRYO was to orientate and to test "the disposition, interests and other conditions required for the professions in question". PRYO should give the pupil an increased understanding of working life, work environment and work tasks. Along with other study and vocational orientation, PRYO was aimed to contribute to the pupil's maturity for vocational choice and be a basis for independent decisions in future choice of study and work assignments. Social engineering at its finest. You could choose any kind of work as long as an employer were ready to take you on. I could choose whatever I wanted, but I was unimaginative and procrastinated the whole thing. At the time, I was convinced of that my dream job was to work in a record store. The student counselor, constantly pregnant in a velvet one-piece, did nothing to talk me out of it. However, there were no vacant internships in the small company town I grew up in, however in the nearby sleepy locality (3 200 inhabitants). It wasn't so bad. I got an excuse to ride my moped, a red Puch Dakota 1969, 10 km (6 miles) everyday for two weeks. The workplace was even sleepier. The small combined radio/TV store was located in the ground floor in an apartment building, with devices and a small section of vinyls in the front and a workshop in the back. Business was slow. The were hardly any customers. I kept the few vinyls in order and made some erratic dusting. After the first day I was bored stiff and there were still nine more working days to go. Not much action. A turning point came when the owner ripped off an old woman. She brought a lamp, which she depended on for her reading. The cord had loosened. It took less than a minute to fix. I thought the owner would fix it for free and make some goodwill, but instead he charged the old woman 50 SEK ($6), which was a lot of money in those days. I was shocked and appalled. I felt compelled to create justice. And so I did. An eye for an eye. And some cassettes. My encounter with small business didn't end well. This work experience program made it clear that this was nothing for me. But the time I spent in the dead-alive store wasn't a complete waste of time. I ate my lunch meal in the nearby school and socialized with a girl I happen to be interested in. After a while, we became a couple. 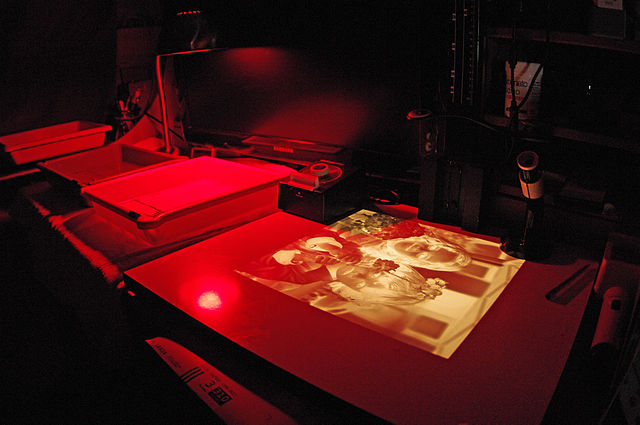 Tableau III. Optional subject (FVA)
Another part of Lgr 69 was the FVA (fritt valt arbete, translation: optional subject). FVA was thought of as a link between school and society. The purpose with FVA was to increase the well-being in the school and stimulate students to developing leisure activities and non-profit work. It would also involve the students more in school and in society. Social engineering again. FVA was two hours a week. You could choose almost any subject as long as there were a supervisor/mentor present. I was unimaginative again and didn't make an informed choice. After a short stint with miniature golf and model building (!) I got a tip about photography, which I liked and held on to the rest of my compulsory school years. The school enviroment was tough with bullying and a total absence of any #metoo awareness. The teachers had a hard time. There were never any disciplinary problems in FVA. The FVA hours became a sanctuary. The atmosphere was friendly and helpful. The slightly older girls not only lowered themselves to speak to us, they were very nice and even flirted with us. The supervisor/mentor, a guy just a couple of years older than us, gave advice and provided us with film rolls and sent us out on photograhic missions. But most of all we liked to use the enlarger, experimenting with exposure times and hover over the photo trays with developer, stop and fixer chemicals in the darkroom. The print was then washed to remove the processing chemicals and dried. Hard rock photos and female portraits dominated. I have saved photos from this era, but some of them are either lost or stored somewhere in the house where I can't find them. FVA has nowadays become a derogatory term for poor management and slack in general. For my part, I hold these FVA hours dear. I never became a good photographer, but I developed my aesthetic side (an area with considerable potential for development). I try to convince myself that there's a common thread from the FVA to the making of this website. This work experience program may have really kicked in. 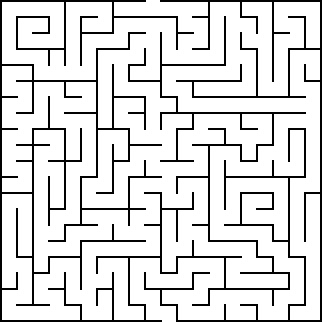 Tableau IV. The bureaucratic maze
The Swedish school used to be good. We have a serious problem in Sweden. We don’t understand the proverb "If it ain’t broke, don’t fix it". And when we fix things that actually work we tend to go from one extreme to another. Sweden went from bureaucratic regulations to one of the most liberalized school systems in OECD in just a couple of years. In short: in 1991 the responsibility for public schools was transferred from the national (state) to the local government level (municipalities). In 1993, a nationwide universal voucher program was introduced. The voucher system led to an emergence of a school market. Three of the companies that run schools in Sweden are actually listed on the Stockholm stock exchange. School researchers dispute about the causality, but it’s a fact that school results plummeted, school segregation increased, equality of education decreased, grade inflation arose (as a side effect) and the status of teaching staff fell rapidly. Add grade reforms, new curriculum, new wage system and more. It's not strange that it's hard to evaluate the effects and causality. Now things are improving, but from a low level. I'm thankful that I went to school long before this epic downfall. I learned a lot of things that I don't remember. I got second-rate grades in compulsory school, in upper secondary school and at university level. "Mediocrity is always praised" said my first boss and I marked his words. Somehow, I've managed to nestle me through the bureaucratic maze which characterizes the public administration. It's an irony of fate that I later ended up in school bureaucracy on the national level. We didn't connect. It became, by far, the shortest period of employment in my life. There is learning in everything that we may regard as wasted. What I learnt from this work experience is to be yourself whatever the cost.