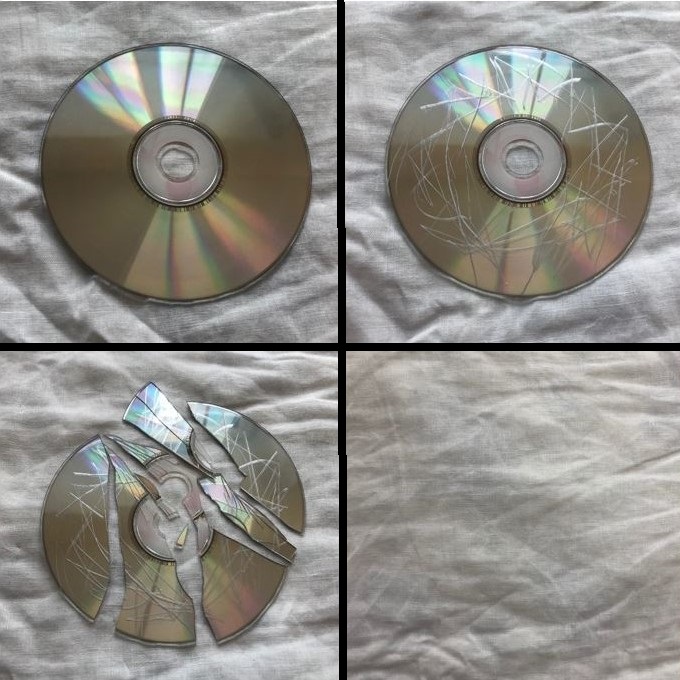 Questions are never indiscreet, answers sometimes are. Existential questions are deep and philosophical questions that concern our very existence. One existential question is: Do you lend your records / CD's to others? This question was raised in a Discogs forum. The questioner wrote: "I have years ago but never again. And I'm not comfortable borrowing other folks records either. Seems too personal and intrusive. Or maybe you've borrowed friends music and never returned it?" One of the first comments hit the head of the nail: ”Frankly, I'm pretty sure my friends know better than to ask.” I agree. My policy is that I'm more than willing to burn a copy, but the original stays with me. Isn't this policy a little parsimonious? Maybe, or maybe not. In a modern and developed society there exists an implicit contract that if you lend your records to someone you expect to get it back in a certain time and in the same condition. This is the underlying theory. In practise, there's an evident risk that it will be damaged, misplaced or lost forever. Even close friends can make mistakes. My strict policy is built on expensive lessons from late adolescence. We lent and borrowed vinyls like there was no tomorrow. I borrowed from you and you borrowed from me. The lending-borrowing system wasn't foolproof. Some unscrupulous individuals could lend your vinyls to a third person. This led to unclear return responsibilities, questioned ownership and bitter disputes. We didn't know anything about treatment of vinyls. Mistreatment took place on a daily basis. Apart from the mistreatment, a huge problem was recovering what was left of your vinyls. I had a recovery rate of nearly 100 percent, since I'm both dedicated and perseverant. It could have been a brilliant career within the Enforcement Authority.

Many people find it hard, awkward or embarrasing to ask someone to return an item (like a vinyl or cd) they borrowed, especially if this someone is a friend. To ask for its return may be perceived as confrontational and could damage the friendship. For me, it's the other way around. Not returning a record will most certainly damage the relationship. Time is of the essence. You have to act fast and firm. In my experience, escalation is a simple technique to use. Stick to the manual and don't waver. The first step in an escalation procedure is exhortation: "Hey, I would like to have my vinyl/cd back". You may add the word "please". If this doesn't help, the next step is confrontation. "Hey, this is not acceptable. I have asked you to return the vinyl/cd and I want it right now." If this sharper tone doesn't do the trick, the next and final step is intervention. Sometimes you have to improvise, adapt and overcome. Hard-core borrowers-procrastionists are particular difficult to deal with. They are in the second and anal stage in Sigmund Freud's theory of psychosexual development. Returning is contrary to their belief. A couple of years ago I helped a close friend to collect his beloved vinyls from a former friend after more than 15 years. I had a personal interest in the matter since I wanted to borrow some of the rarities and transfer them from vinyl to digital format. I told my friend to call his former friend and tell him that we were coming to collect them. My friend wavered: is this really socially accepted? I asked him rhetorically if borrowing records and not returning them was socially accepted. Of course, my friend had never got any further than to the first step in the escalation procedure. The intervention didn't last long and went pretty well. Some of the vinyls were in bad shape or missing. My friend let the matter pass, due to the awkward social situation but also because he didn't have full control over his record collection. Forgive and forget. Personally, I'm not that magnanimous. There's a special place in hell for people who not return vinyls/cds they have borrowed. Justice will, sooner or later, be served. And, the sooner the better.