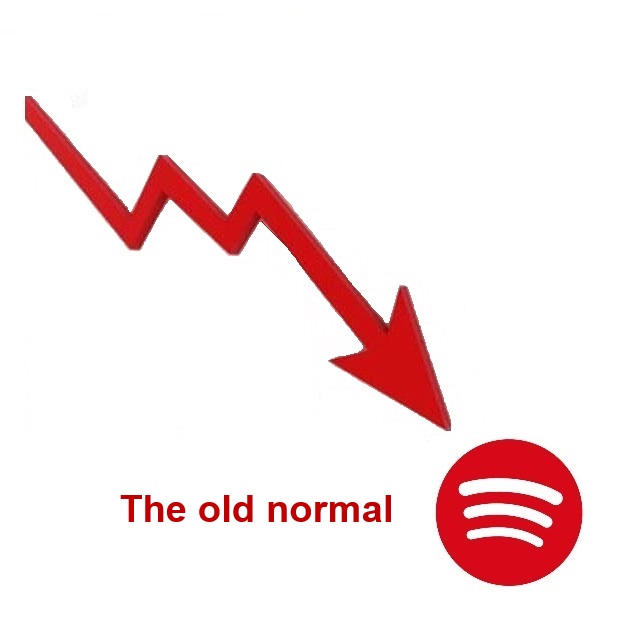 Spotify made a small profit in 2021. Unbelievable. Anti-vaccinationism made it possible. In Q1 2022, we are back to the old normal again. Normal means losses. The web market analysts are so co-dependent that they don't even notice the loss, let alone reporting about it. Clearly, they don't know what is up and what is down in the income statement and balance sheet. They simply swallow the press release with lock, stock and barrel. "Nearly all of our key metrics surpassed guidance". Read carefully - "nearly all". Operating loss in Q1 2022 amounted to €6m ($6,2m). The Q1 press release focus on a "healthy revenue growth". This sounds good, but when revenues increase, so do costs. The accumulated deficit at the end of 2021 amounted to €3 220m ($3 689m). In any other business the top management would be whipped, keelhauled and then forced to walk the plank. The conversion strategy (by providing freemium, users will upgrade to premium) is not doing what it's supposed to. The share of paying users has never surpassed 50 percent. According to the Q1 report 2022 the company has about 182 million paying (premium) users (of a total of 422 million users), which makes 43 percent. The premium share has actually decreased in the last couple of years. Again, the analysts don't pay any attention to actual fundamentals. The Spotify Communication Departement are desperately trying to distract attention from the real problem. They have so much to answer for: anti-vaccinationism and conspiracy theories, fake streams and fake artists, secret deals, threatening free and independent research, playlist manipulations, pretending to be a value-driven employer etcetera. It takes a certain kind of scrupulousness to work for Spotify. Avoiding the subject is one thing, denial is another, but Spotify has taken euphemism to another level. The Q1 2022 press release is unintentionally ironic: "Overall, we are very pleased with the performance of the business and remain highly encouraged by the traction we are seeing." The co-founder and CEO Daniel Ek wants you to know that he believes in his life's work. He wrote on Twitter: "I’ve always been vocal about my strong belief in Spotify and what we are building. So I am putting that belief into action this week by investing $50M in $SPOT. I believe our best days are ahead..." With €3 220m ($3 689m) in accumulated deficit, this is a bold statement. The business share price have dropped with over 50 percent since the end of last year. Dream on.