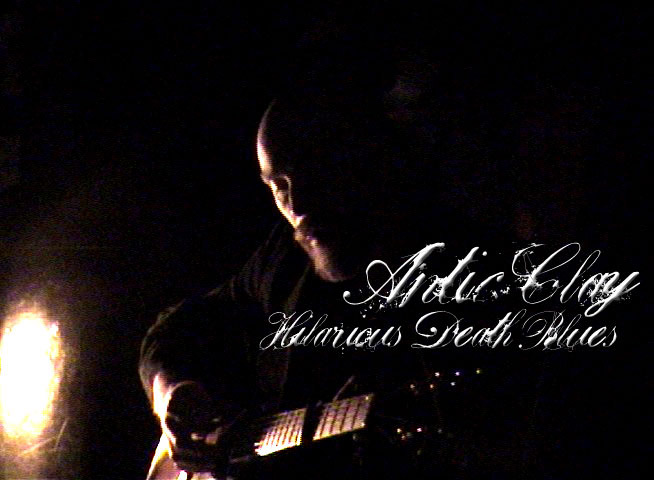 On July 31 2007 Antic Clay released his first and only album (a double album!) “Hilarious Death Blues” (HDB), which was hailed as a masterpiece by no less than a medium-sized army of music critics but nevertheless was no commercial success. Antic Clay went on an indefinite hiatus in early 2009 and faded into obscurity. All that remains is the hard-to-find double album. No more, no less. At least I thought so, until Michael Bradley (Antic Clay) recently put out an unreleased outtake from the album on Youtube called “Mechanically Separated Blues”, which you can listen to here. Not counting the album title, there are four songs with "blues" in the song title on HDB. In an interview for the readable website Swamplandzine (whose motto is "A creative sanctuary for those who refuse to give in to the devils of convention") Antic Clay explained: "I like to add blues to song titles as a non-sequitur.” The song “Mechanically Separated Blues” is a strong reminder of what great songwriter Michael Bradley (Antic Clay) is. It's "dark americana" of the most exclusive brand. “Hilarious Death Blues” was recorded in a friend's studio in the mountains near Asheville, North Carolina. Antic Clay wrote and played almost everything on the album. The HDB album contains 21 songs and it's feels strange when you realize there's also a 22th song. It definitely says something about the quality of the album if you can afford not to include a song like “Mechanically Separated Blues”. Maybe there are more songs that were destined for the album, but for some reason never were included. And then, maybe overoptimistic people like myself can hope for an second release "The Alternative Hilarious Death Blues - outtakes and rarities". A more far-fetched speculation is that Michael Bradley (Antic Clay) would return to the mountains near Asheville, North Carolina and start recording a new album. But, a hiatus almost never turns into activity again, especially not after five years of intermission. But stranger things have happened. Until it happens, we will have to seek solace in the existing songs of Antic Clay.