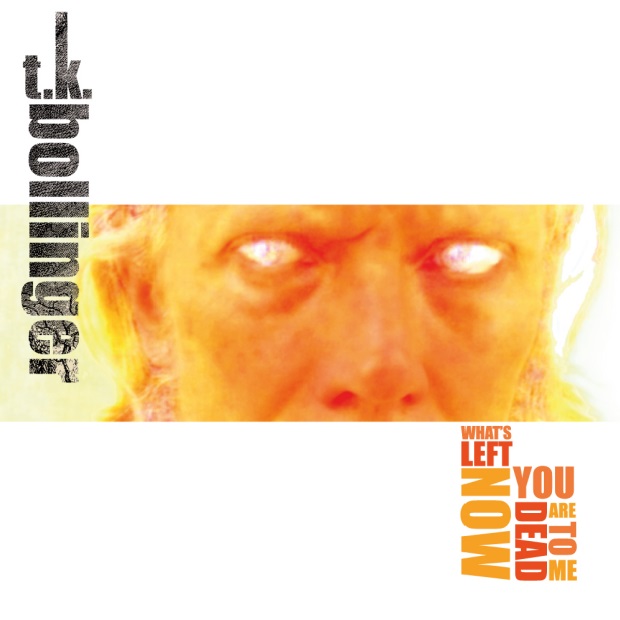 T.K. Bollinger is a very productive man. "Shy Ghosts" was released in January 2016. It totally knocked me off my feet. The album was ranked as number two on my prestigious list 10 gloomiest album ever (opens in a new window), which is an achievement considering the fierce competition. Today he releasd a new album with the long title "What’s Left Now You Are Dead to Me". At the moment the album is only available in digital format. T.K. Bollinger has initiated a fund raising campaign for a physical release, read more on his website (see bottom). T.K. Bollinger has been around in different musical projects since Jesus wore shorts. In my opinion, he goes from strength to strength. The new album contains 16 songs. It's nearly 70 minutes long. The new album in his own words: "This 16 song collection continues to explore t.k. bollinger’s usual dark terrain, though with a little more lushness than 2016’s Shy Ghosts. The stripped back minimalism is still there...the atmosphere has thickened and accordingly the sonic texture has become much richer." Very well formulated. "What’s Left Now You Are Dead to Me" has a slightly warmer tone and and a more full-bodied soundscape. Phrases like a "slightly warmer tone" and a "more full-bodied soundscape" are dependent on the context. In the world of T.K. Bollinger "slightly warmer tone" means that the music and lyrics are still dark, but not as pitch-black as "Shy Ghost" and a "more full-bodied soundscape" doesn't mean that the album is over-produced. It just means that it's not as stripped-down, sparsely instrumented and simply arranged as the former album. Let's go over and dissect the album. 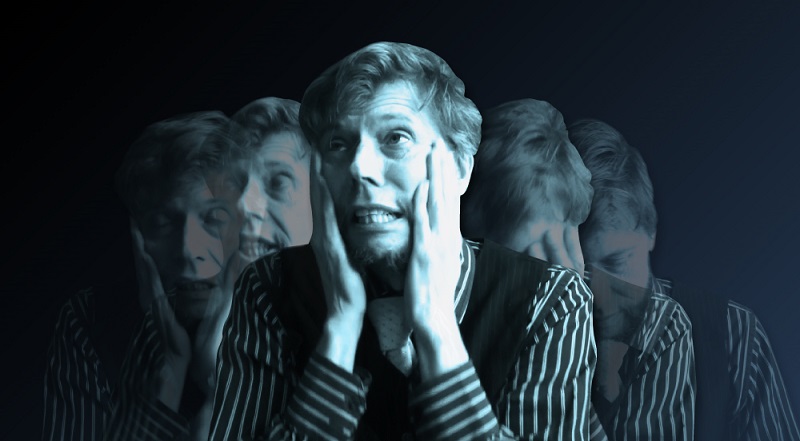 The first song is "A Life of Fear". It's a grand album opener. T.K. Bollinger sings in a slow and almost excessive dark way, with a strong emphasis on the lyrics. The distinct articulation seems to be meant to leave a lasting imprint on the listener's cerebral cortex. "I’ve worn this millstone / as a milestone / Courted the lie / that’s in belief / I came to see / But seeing / knocked the sight from me / And lost the will / to simply be / Now fear rule me". The opening song has all the desirable attributes of the modern T.K. Bollinger. A very promising beginning, indeed. The second song is "Hope Like Time Flies". The song is utterly beautiful. It's centered around restrained vocals and unfolds in a delicate way. The song ends: "It’s sad but it’s true / You decided to stay still knowing / things might never change / Sing to me in th e dark of sorrow / so I might find hope again." Not the most gothic of songs, but I like it. The third song "It's Just Changed" begins ambigiously with the lines "Don’t shoot the messenger / You may have heard me wrong". A mourning guitar lingers in the background and then fades away followed by vocals. The song structure is repeated. "All you lack is the will, to face another day." This is quality. The artist is no stranger to drown-out tones, feedback and reverb. In the fourth song "Shovelling/Struggling" T.K. Bollinger explores the boundaries. The first four songs constitutes a splendid beginning of the album. However, the fifth ("Offside Landing") and sixth songs ("The Mess I've Made") are surprisingly weak. The order is restored in the seventh song "The More I See The Less I Want”. The title alone makes the song great. The song is perfectly calibrated. Elaborated arrangements, fine tuned vocals and, last but not least, well-written lyrics: "The more I see, the less I want / The less it bothers me I always have enough / I’ve had enough". The eight song ”Enough Rope” is one of the best songs on the album. A hymnal melody structure and pounding drums. The lyrics are brilliant "We always thought we played for time / Not really knowing it was playing us / One day we’ll figure it out / If we’re given enough rope." 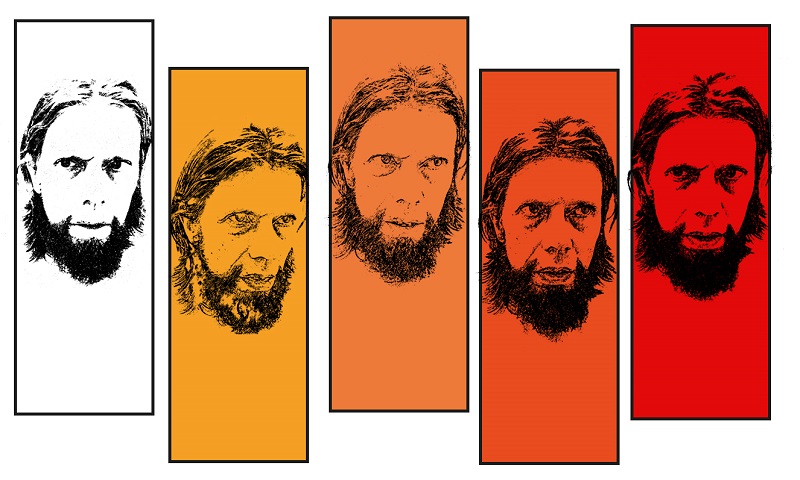 The ninth song "The Way It's Always Been" doesn't have the usual characteristics of the artist. No doom or gloom. Instead the song has a kind of british pop influence and a warmer tone. You immediately want to sing along in the song, but the lyrics aren't that cheerful. The tenth song "May Death Come Welcome" is a highlight and one of best songs on the album. The song has all the trademarks of T.K. Bollinger: bold idea, fearless approach and solid implementation. "Death, she’ll come to me like a lover / Not as a stranger or some terror to be feared." Sensitive and hard at the same time. The eleventh song "Dark As Night, Sweet As Sin" begins dreamy and becomes almost esoteric. The song is languorous and never really lifts off. The twelfth song is "Stranger's Shout". The song begins pompously. On the whole, it's a beautiful song with great lyrics. No lack of honesty or self disclosure. The song ends with the repeating chorus "I lost the best of me". The album "What’s Left Now You Are Dead to Me" reaches its climax in the thirteenth song, "Bonded by Blood. In this song T.K. Bollinger pull out all the stops. The song unfolds slowly but surely. The lyrics are impeccable: "And take up our legacy / passed to daughter and son: / A loving kiss; an unruly fist; / This crude heart, bonded by blood. / So take up your legacy / All you daughters and sons: / A carefree kiss; an unruly fist; / Indelible, bonded by blood. / This crude heart, bonded by blood." The fourteenth song is "Where We Walked Today". Similar to "The Way It's Always Been" it doesn't have the usual T.K Bollinger characteristics, which doesn't mean that it's bad. On the contrary, it's a very good song. The lyrics are above than average self-reflecting and sentimental. The song ends with: "And while you can’t go and I can’t stay / We can still cherish where we walked today. / Here ends my road, we must part ways / And you must cherish where we walked today." An rather odd song, more like a closing song in a movie. Here is where you think the album has come to an end. But there are actually two more songs on the album. The last song on an album is very important. It concludes what the artist want to say with the album and should also have a close connection to the themes and a scent of the atmospere on the album. I'm a bit puzzled over the ending of the album. The last two songs "The Same Tears" and "Can't Promise You Anything" are, compared with the other songs on the album, a bit insipid and their placement makes the album fade out anonymously and almost unnoticeable. I'm calling for a more pronounced ending, not necessarily like the ending in Tchaikovsky's 1812 overture with full cannons, but a slightly more pronounced ending.

And finally, the overall assessment. This a another great album from T.K. Bollinger. It's not as dark and gloomy as "Shy Ghosts", but contains more than enough of darkness and gloominess to outperform most other artists and bands in the genre. The album is filled with moments of great songwriting, thoughtful arrangements and skillful production. On the downside, it's not as coherent as its predecessor, "Shy Ghosts". Maybe, the album would have benefitted from skipping a couple of songs. But what do I know. I'm only a swedish civil servant with an internet connection. Faithful followers of this blog knows that I'm pessimistic regarding the future of the gothic country genre. If there be light, then there is darkness. It seems like the light in the dark comes from Melbourne, Australia.