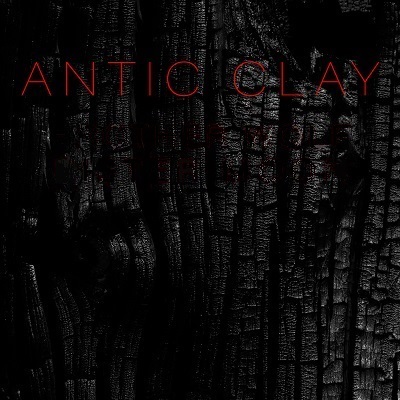 Every once in a while an album emerges that blows your mind. "Hilarious Death Blues" (HDB) by Antic Clay is one such album. It's actually a debut double album. "A slow dark ride across the scorched hide of America. Think Johnny Cash riding a skeletal mule to Hell. Not without moments of beauty and hope, however". HDB is placed as number 1 on this list (opens in a new window). When I created the list, I couldn't possibly imagine there would be a follow-up album. In late 2017, a new Antic Clay-album called "Broom of Fire" was announced, to be released in 2018. It was originally scheduled in 2017 as a 10 year anniversary of the release of HDB. Antic Clay reassured that "fans of HDB will not be disappointed". This unexpected news created a buzz in the small dark (or gothic) americana community. Antic Clay added "What I am seriously contemplating is to launch a Kickstarter campaign. I’ve never done it, but I’ve watched and closely monitored such campaigns by other musician friends, who use social media to galvanize their fan base. I’ve already had several people encourage me to do this, with pledges of financial contribution in advance. This is heartening to be sure. Really it’s just a matter of me deciding to do it – and then doing it." This was five years ago. Setting up a Kickstarter campaign takes about five minutes. Is it happening at all? In December 2020 two songs were released on Bandcamp, "Center of the Night" and "Brother Wolf Sister Moon" (a cover). Antic Clay wrote: "Our goal is to press Brother Wolf Sister Moon and Center of the Night as a 12" vinyl single, and raise funds to create Broom of Fire in its entirety. We are entirely new to crowdfunding, so please stay tuned as we put all the necessary pieces in place." This was almost one and a half year ago. In March 2022 Antic Clay wrote "When Broom of Fire is completed this year, this song will be included". The song was "Elijah" (available on Youtube). Will the necessary pieces fall in place? "Broom of Fire" has turned into a potential 15 year anniversary. If the pieces fall in place, it will be interesting to see if Antic Clay still got the powers in him. However, I don't sense any HDB-vibe in the three above-mentioned songs. Why not release a lavish and limited 15-year anniversary album of HDB repackaged with thick booklet with trivia, lyrics and photos, re-mastered songs, alternate takes and unreleased songs instead?