Review of "Giving My Bones to the Western Lands" 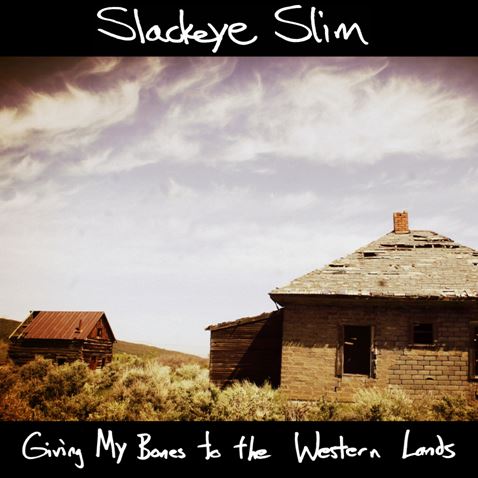 Three and a half years ago Slackeye Slim released his latest and criticallly acclaimed album ”El Santo Grial: La Pistola Piadosa”. Now he is back with a new album ”Giving My Bones to the Western Lands”. The expectations are high and the crucial issues are if it was worth the wait and if it stand the test of comparison. Let me start with a brief executive summary before I walk you through the whole album. Start of the executive summary: This is a gothic western album with eleven songs spanning over 48 minutes. Despite a considerable proportion of darkness on the album it's bursting of light, energy and lust for life. The performance is impeccable. The vocals are more direct and ingenuous compared to previous albums. ”Giving My Bones to the Western Lands” is a natural progression and maturation from "El Santo Grial: La Pistola Piadosa” and at the same time a marker of where Slackeye Slim is today (the word where have multiple meanings here). This development has also affected the lyrics which deals with romantic idealization of nature and poetic reflections within social realism. The supplied lyrics are more personal and sincere than on previous albums. At the moment the album is only available digitally, but hopefully it will be released on vinyl in a near future (you can forget about any cd). You can buy the album digitally in the format of your choice at Bandcamp, just click on the icon (bottom left). The price is set according to the "name your price"-principle. End of the executive summary. 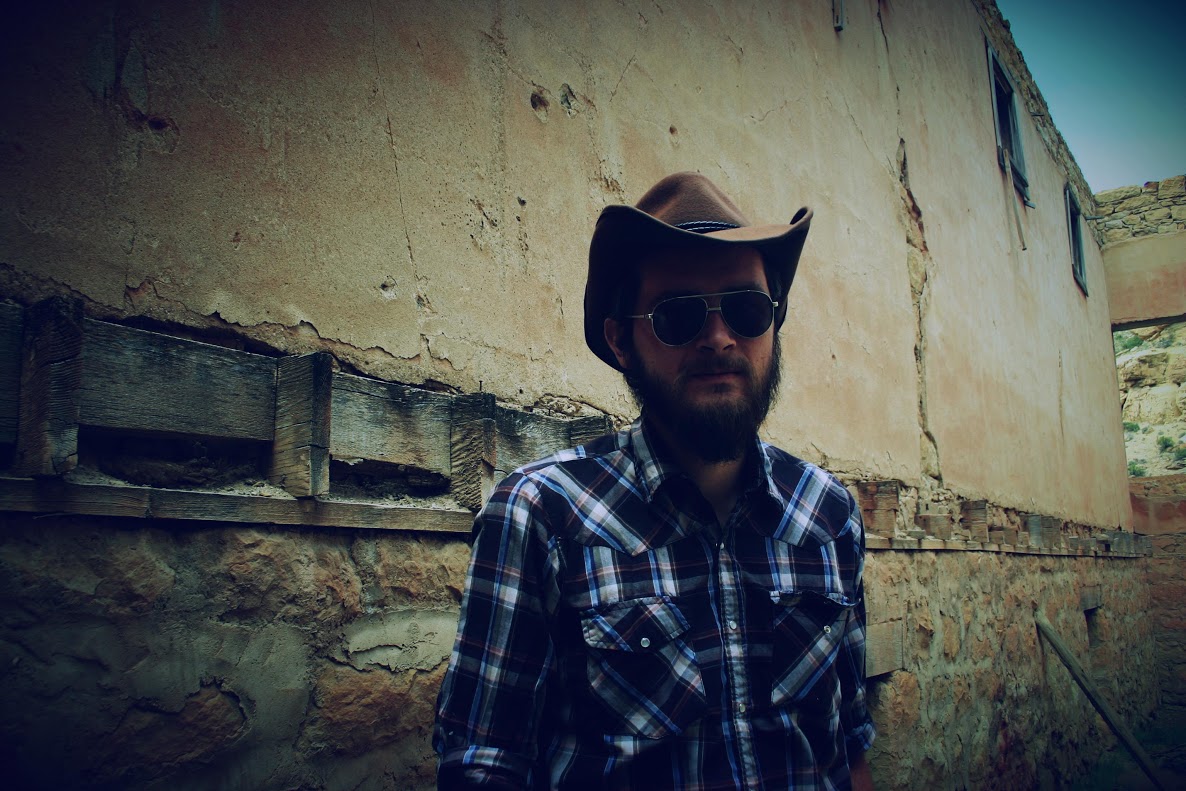 The ”walking through” part of the review will slavishly follow the songs in the order they are positioned on the album. After all, it's exactly what the artist intended when making the album. Maybe this old-fashioned way to listen to music belongs to a bygone era, but this is the way it ought to be. Positioning of songs on an album is a difficult art to master and often a neglected area. I find it very disappointing when too little effort and careful thought have been put in this process. Sometimes, I feel an urge to intervene and brutally rearrange the order. But, in this case I have no objection at all. The album starts bombastic with ”Don’t You Bury Me”. The song has all the typical trademarks of Slackeye Slim. The song starts quite tentative and slightly unfocused with some initial stray guitar playing before the song changes mode and gets your full attention with guitar chords, basslines, drums and vocals. On top of that, a guitar loop with cerebral-cortex-sticking qualities follow the harmony closely. ”It makes no difference now just where it started out/I went off on my own one day and I never turned around”. The vocals and the accompaniment are perfectly calibrated. The songs ends with the refrain (only sung once) ”Don’t you bury me/ Don’t you bury me/Leave me in the sunshine/For the birds to pick me clean”. The mood for the album is hereby set. After this high intensity beginning the tempo slows down a few notches. The second song ”Don Houston” tells the story of a cowboy (Don Houston) in a palpable narrative way with dogs barking in the background. However, the song is the weakest on the album. It’s not a bad song, it just don't stand out like the other songs on the album. The third song ”Oh Montana” starts with simple guitar chords, lap steel and deep baritone vocals. The guitar and lap steel gradually increases in strength towards the end of the song. The song is a good example of the fact that a song can be simple and epic at the same time. You don’t need a string quartet or symphony orchestra to accomplish an epic sound. The fourth song ”I’m Going Home” pays homage to traditional country with just banjo and harmonica. The song manages to tell a whole life story in just four and a half minute. ”They handed me a hammer/And sent me off alone/With a name out of the Bible/To remind me where I’m from”. The best song on the album is without any doubt ”Where the Wind Will Let Me Go”. The song grabs you firmly and sweeps you away. The song starts with guitar chords then a saw is introduced. Saw is sometimes used in the country genre, but I have never heard a saw sounding like this before. It’s whining and, in lack of better words, almost singing in hollow way. Anyway, it’s the strangest and most beautiful saw I ever heard. The song is built up with thick bass lines, heavy drums and scattered guitar loops. In my opinion, the voice of Slackeye Slim have never sounded better. ”Like a bird in the wind will go the only way he can/I’m going where the wind will let me go”. But it doesn’t stop there. After circa 1 minute and 15 seconds in the song a banjo starts to pick. The banjo doesn't go away or fade out as expected but instead it starts to attack real hard, but never takes over. The banjo picking is exquisite. The tempo in the song increases even further at the end of the song with thundering and distorted guitars before it abrubtly ends with a ”zaaapp”. ”Where the Wind Will Let Me Go” leaves me flabbergasted. The next song ”San Juan Song” gives you an opportunity to calm down, arrange your facial expressions and recover. It’s a slow, dark and grandiose song including the aforementioned whining and singing saw. ”No one’s gonna find us here/Or come to claim our bones/We’re gonna live forever/Where the lonely San Juan flows”. It’s also one of the best songs on the album, but the track position means that it becomes a bit overshadowed. But on the other hand, there's no better position on the album for the song. 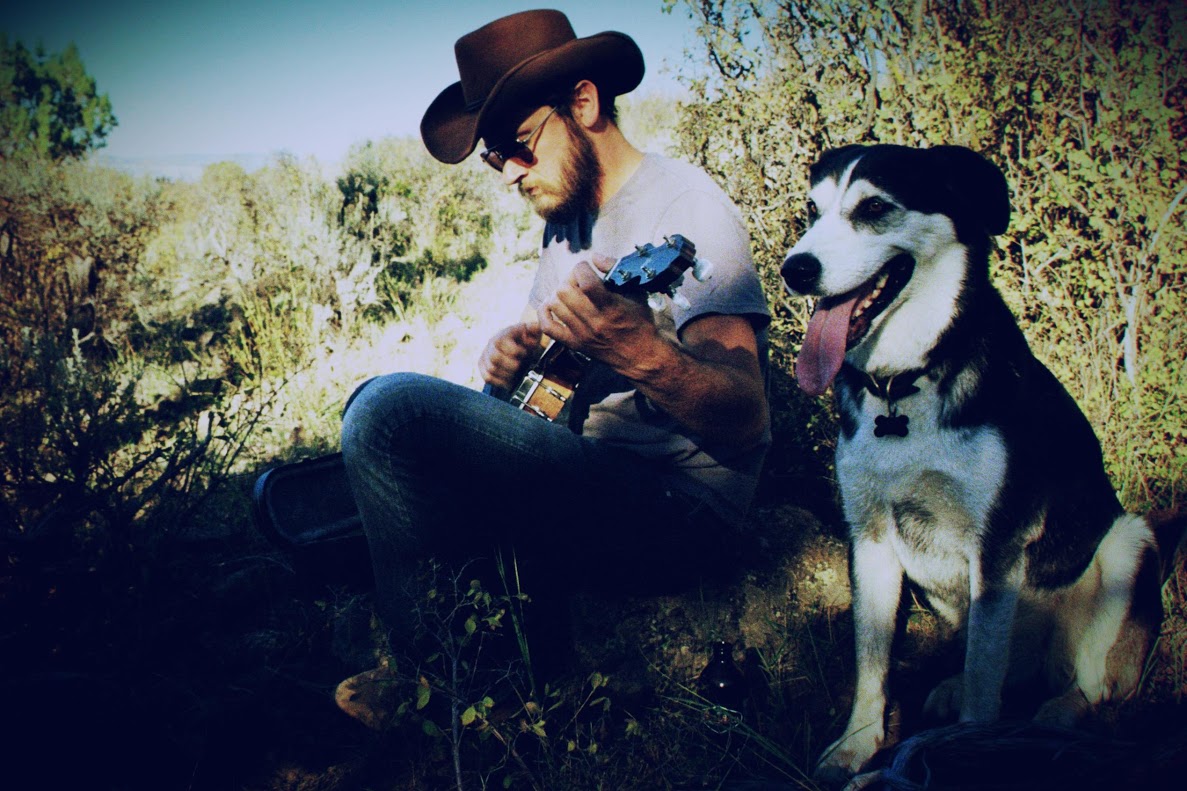 If this album would have been released on vinyl this is probably where you would have to flip over to the B-side to continue listening. The seventh song ”It Wasn’t You” starts up in a captivating rumba style, but soon a spanish-influenced-machine-gun-sounding guitar come into play, which fits the dark lyrics. ”And no one’s gonna come looking for me/By the river in the cottonwood trees/While I’m burying your bones/The last time I saw you/There was someone in your shoes/But it wasn’t you”. The eight song is called ”The Cowboy Song”. The upbeat tempo is counterbalanced by the equally depressing lyrics. ”The birds all die of broken hearts/When he goes passing by/But he’ll hold them in his arms tonight/And bring them back to life/As long as he’s singing his cowboy song. The title song ”The Western Lands” is a true highlight on the album. In another context Slackeye Slim explained the background of the title: ”Mainly because I love the American West. It's sort of a nod to William S Burroughs too.” The seven minute song is almost hymnal in its structure with guitar, lap steel, and the aforementioned whining and singing saw and vocals. Slackeye Slim sings with a greater sensitivity, conviction, emphasis and emotional phrasing on this song. Maybe this particular topic lies close to his heart. “Leaving it all far behind I saddled my pony and went toward the western sky/I don’t mind if I don’t come back alive/And no one’s got to understand the reason why”. The songs ends with the refrain: ”And I gave my bones to the western lands/I don’t need ‘em no more”. Only a heart of stone is untouched by this epic song. You’re also excused if you lack a standard emotional setup, but not otherwise. You may now think that Slackeye Slim have burned everything he has to offer and there are no quality songs left. Statistically, this would be a reasonable assumption. But this is not statistics, it's gothic western music. The tenth song on the album is ”As Long as the Grass Shall Grow”. The song starts with guitar chords, then extreme dark vocals: ”As long as the grass shall grow/As long as the river runs cold/My heart will have no room for mercy for you/It’s blood I want/Nothing else will do”. A lonesome banjo starts picking and after a while a harmonica is introduced. The song gradually cranks up with bass lines and pounding drums. The singing becomes more and more dramatic and the songs ends in a crescendo. ”As Long as the Grass Shall Grow” is perhaps the next best song on the album. The last song on an album is both difficult and important. It concludes what the artist wants to say with the album. The song ”Juniper Tree” is as close to a love song you will get from Slackeye Slim. On his Facebook page in December 2014 he wrote ”Maybe it's the Christmas liquor talking, but if this was the last thing I ever wrote, that'd be all right with me I reckon.” The song ends ”Sit down for a while/In the shade of this juniper tree/No one’s wondering where you are/I’m alone, I’m alone but I am free/In the shade of this juniper tree”. Somehow these lines sums it up. A man in peace with himself, living his dream in Colorado and making headstrong quality music in his spare time. The ”walking through” part is hereby completed, but what about the overall assessment? This is a very solid album with well-crafted songs and no fillers of any kind. The arrangements and performance are exquisite (especially in the use of guitars). The album is fully coherent from a thematic point of view, which is quite of an achivement in our time with its lack of ideas, ability to focus and absence of stamina. And finally, the question that can’t be avoided: is the new album better than the masterpiece ”El Santo Grial: La Pistola Piadosa”? I'm almost inclined to say yes.