Review of “The Dissolution Orphans” 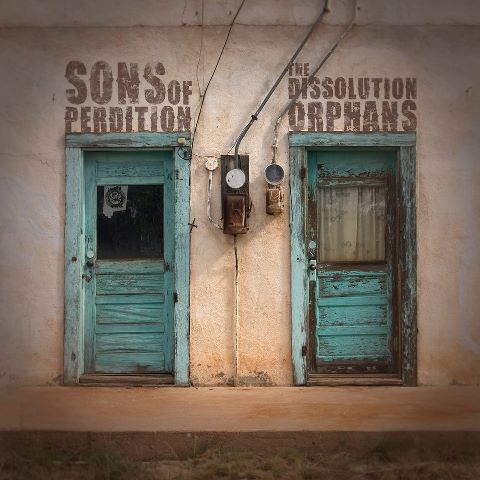 The Dissolution Orphans was released on March 21, 2014. The "album" consists of demos and unreleased songs and have been recorded under a period of 10 years. At Sons of Perditions website you can read more about the background of each song. Zebulon Whatley has been very clear that this isn't an album in its own right and that the quality of the recordings varies greatly since they were never intended to be released. Maybe, it's not appropriate to review under these circumstances. Anyway, here is my assessment.

The album gives you an interesting insight in the works of Sons Of Perdition. The demos are often rough and when you compare with album versions you realize how much work has been put in to refining the songs. The best example is ”This Land is Cursed” (and it doesn’t depend on the particular poor sound quality on this track). Even in the more developed versions like “Psalms of Withering” and “Lenders in the Temple” this is obvious. Two demo versions of later album versions particularly stand out. “Psalm of Woe” goes very slowly, in an almost liturgical way with chanting and unsettling noises  in the background (deliberately put there). “Paying My Debts” goes somewhat slower than the album version. It’s also more dark and brutal than the album version (yes, it’s possible). They are both very suggestive and clearly among the best tracks on the album. There are also some great tracks on the "album" that for some reason never fit in on the Dissolution trilogy (the three official albums). Some examples: the instrumental “Desert Trek” with just barely noticeable choir, lingering guitar and definite bass lines. Probably the best song on the album is “Nowhere”. The song was recorded without a clear aim or purpose. But it would clearly have met the quality criteria for any of Sons of Perditions albums, and  probably would have fitted best on the first or the third album. The same goes for “Desert Wind” with choirs, guitar and banjo. Other great songs are “The Trophy Wife”, “Night Passage” and "The Shadow of the Undertaker" which starts off rather joyous (with Sons of Perdition standards). The lyrics, however, quickly set the mood right. There aren’t really any real lows or bad songs on the “album”, but some of them clearly don’t have the same luminosity as the songs on the albums in the Dissolution Trilogy. I'm thinking primarily of the songs “Escape”, “Train Song” and “Flambe”. However, this is a marginal remark. With that being said, “The Dissolution Orphans” is a must-have "album" for everyone interested in the music of Sons of Perdition.