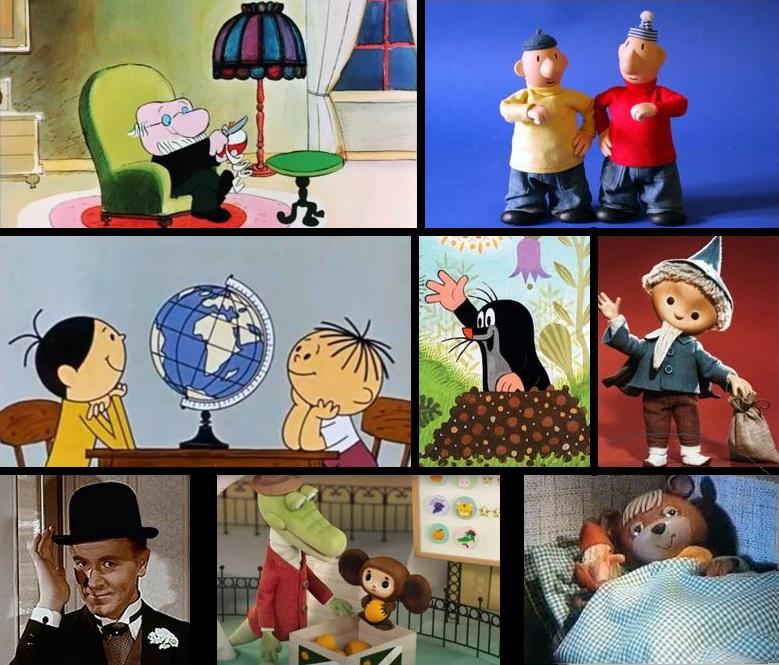 You have probably heard the rumour about the power ballad "Winds of Change". It was allegedly written by or connected to the Central Intelligence Agency (CIA) as a cultural weapon in the Cold War. I always thought that Scorpions wrote the song. It's hard to imagine security officers trying to write a ballad performed in a rock music style. After working day and night with subliminal messages they finally came up with: "The future's in the air / Can feel it everywhere / Blowing with the wind of change". The conspiracy theory isn’t implausible since CIA has a documented history of engaging in cultural wars. There were many battlegrounds: music, movies, books, television and other media, as well as sports and social beliefs and behavior. The opposite side fought back. Unanimated and animated television series for children could be used in propaganda. They characters didn't need to say obvious things like: "With shock labour we will ensure prompt delivery of the giants of the Five Year Plan". On the contrary, it could be more effective to downplay the differences between the rivaling systems. Instead, the political message could be packaged in stories of overcoming obstacles and solving different problems (working together towards a common goal is a good thing!). I grew up with a TV and radio monopoly, read more here (opens in a new window). In the 1970s Swedish Television bought many television series for children from the Eastern Bloc. Back in those days, the TV producers had an army of writers, animators and other staff to their disposition. The artistic and technical quality were outstanding (if you hover over the image the titles of the best television series will appear). However, there were some glaring contradictions. The animated figures had a notable higher standard of living compared to ordinary people in the Eastern Bloc. Moreover, the animated figures were creative and entrepreneurial, which the political system didn't promote. On the contrary. Other contradictions were provocative. Lolek and Bolek used to spin their globe and put a random finger on where to go. At the same time, the citizens in Poland and other Eastern Bloc countries couldn't go anywhere without a travel permit. And getting a permit was easier said than done. You had to be "trustworthy". Am I stretching this too far? Some people argue that it was just television series for children, nothing more. Others argue that it was sophisticated propaganda in a cultural war. I don't know. But, if there was a war then the Eastern Bloc won the battle, but lost the war.