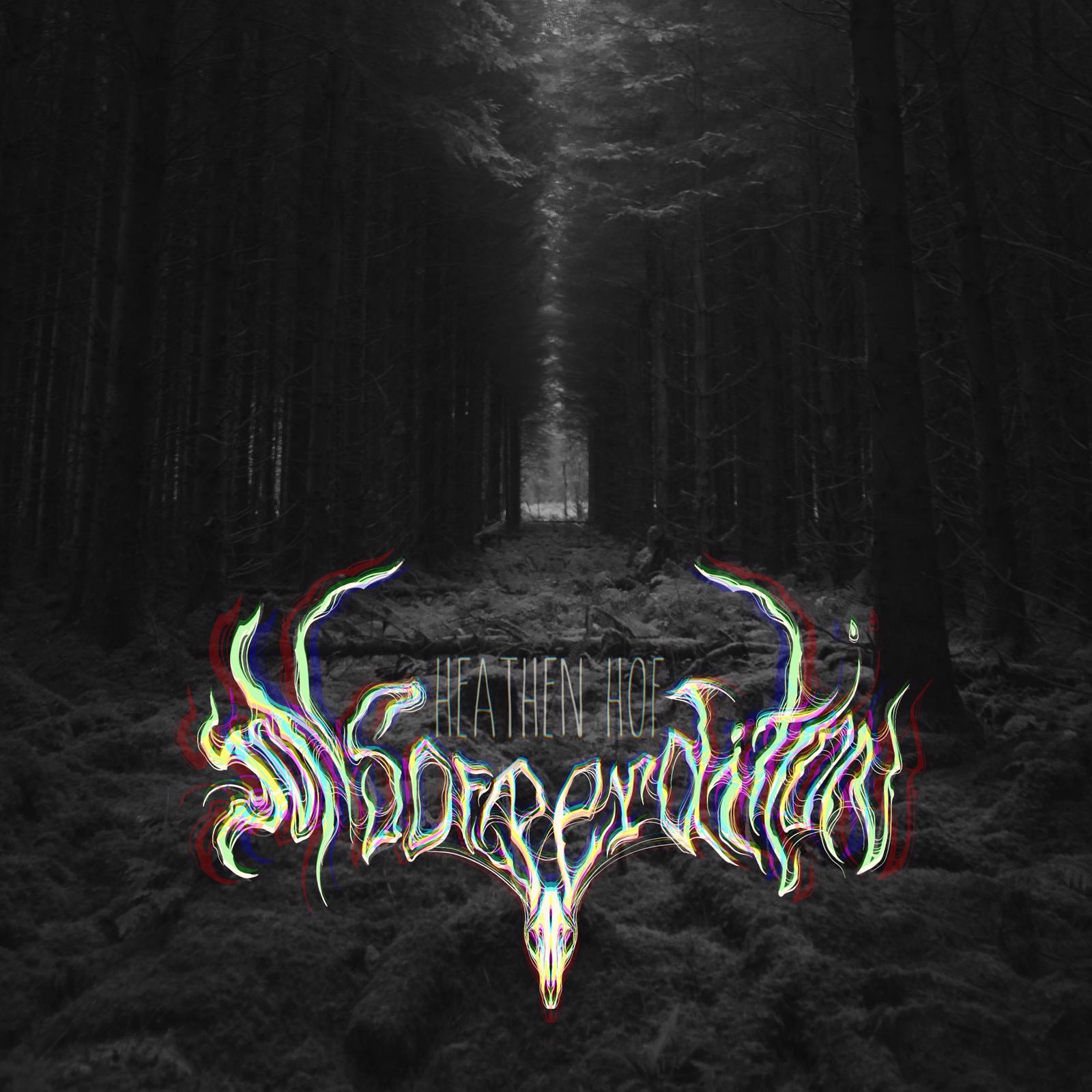 A heathen hof was a temple building of Germanic religion. The term hof is taken from Old Norse. "Heathen Hof" is also the title of Sons of Perdition's seventh album, which was released today. The release date is no coincidence. It's Beltane. The new album is also the second album by Sons of Perdition as an expanded band (or third album if you count "Fossils", the 2015 collaborative split with Jaran Hereid). The creative force and bandleader Zebulon Whatley wrote: "Heathen Hof is a small songbook of weird folk horror, largely written on detuned or entirely improvised instruments to capture the spirit of naive spiritual fervor that springs forth in isolation. It’s an album that draws heavily on Zebulon Whatley’s interest in British mythology as much as his upbringing in rural Texas and subsequent transplantation to Scotland. The album follows up on Sons of Perdition’s 2016 cosmic horror-themed album, Gathered Blood, pushing past the inherently horrific themes brought up in that album to further explore our relationship with the infinite." Six years is a long time in the gothic country genre. Lacy Rose (harmonium and piano) and Alex Hardie (drums) has left the band. The current lineup consists of Zebulon Whatley (words and sounds), Simon Broke (double bass) and Eli Rose (sounds and words). Sons of Perdition is, among other things, known for their spectacular album covers. The "Heathen Hof" cover is no exception. The album art is a photo taken by Irish photographer James Doherty. The logo is created by artist Gabbie Vasquez. "Heathen Hof" is only available digitally. You can listen to it and buy it at Bandcamp, just click here (opens in a new window). 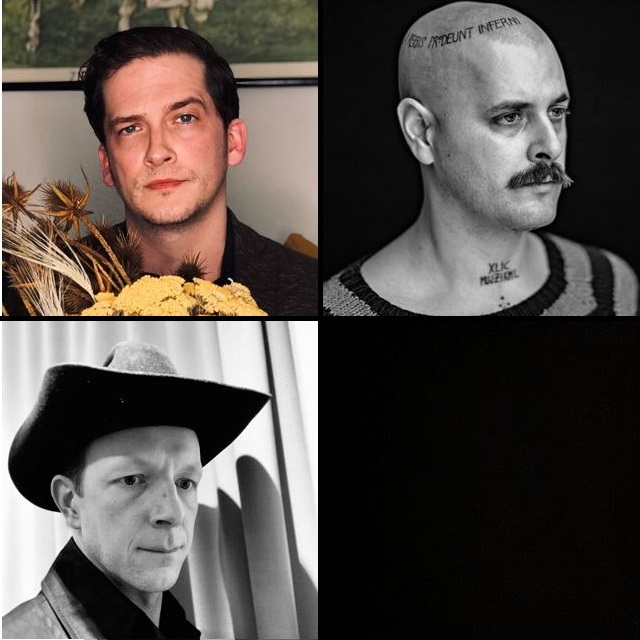 The new album begins quite unsettling with "The Summoning". A cacophony of primordial chants, rhythms and sounds. No one can accuse Sons of Perdition of trying to please the crowds. Not with this song, anyway. It's hard to digest even for a person like myself. The songs ends with "We summon thee to foul the earth / And render flesh from bone". The second song "The Rapturous Call Of The Transmundane" is far more accessible. The song unfolds steadfast and slowly with beautiful vocals. Transmundane means reaching beyond or existing outside the physical or visible world. The song really invokes a feeling of otherworldliness. The third song, "O Lay Me Not In The Consecrated Ground", stand out. It has all the desirable Sons of Perdition attributes and is, without any doubt, one of the best songs on the album. The last verse isn't sung, it's more of spoken word. "O lay me not in the consecrated ground / Near that foul church that festers on the hill / Tear it down and use the stones for weight / To hold my soul against hers through winter’s chill". Perfection is achieved, not when there is nothing more to add, but when there is nothing left to take away. There is nothing to take away here. Of course, there's nothing to add or alter either. The fourth song is "Burning Boat". The song title seems to be a reference to Viking funerals. However, most funerals didn't involve a boat set ablaze and launched at sea, instead they usually involved boat shaped burial plots marked by stones. Anyway, not a bad song but not one of the highlights. It contains quite macabre lyrics. "You scrape and tan my leather skin / You fly it in the wilting wind / You toss my body in a hole / You hang my carcass from a pole". The fifth song, “Cold Blood Congealing in a Dead Sparrow's Heart" is instrumental. The arrangement and instrumentation are perfectly executed. 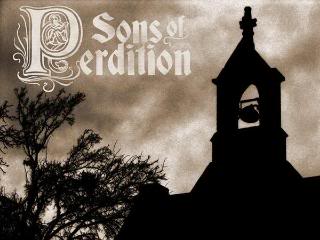 The sixth song, "Calling the Bees" is a trifle. The seventh song "In the Garden" is slow, dark and epic. It has every attribute you can ask for: slow pace, extreme darkness and well-written lyrics. "Clay turns to clay in the mouth of a skull / In a blanched jawbone / On clavicles like native flutes". The eight song, "Hallowed Blood From Hollow Beasts" also fit the bill with its dark streak. The ninth song is "The Flagellant". The song title refers to practitioners of a form of mortification of the flesh by whipping their skin with various instruments of penance, like leather whips with knots or metal pieces. Flagellants are expected to follow a number of very strict rules. They beat themselves, both in the privacy of their dwellings and in public processions, in order to repent of sins and share in the Passion of Jesus. It's still practised, but in a milder form than in medieval times. This is a song with dark distinct vocals and cracking whips. The lyrics are pretty grim. "Forsake not my vacant corpse / Which slumbers in the deep / And sing thee sweetly to my sleep / Visit me with offerings / And prayers that I may keep / Or at countless bedsides shall you weep". As always, the closing song of an album concludes what the artists want to say. The closing song should have a close connection to the themes and a scent of the atmosphere of the album. The tenth song is "Götterdämmerung" (German for Ragnarök, the submersion of the world in water). It's 13 minutes and 22 seconds long and instrumental. The song begins beautiful with a whining bullroarer, an ancient ritual musical instrument and a device historically used for communicating over great distances. The musical theme in the beginning is superb with strings, acoustic guitar and vinyl crackling in the background. The song then transcends into a different theme with chants, growl and strokes (in lack of a better term, gothic primordial). The initial theme returns in the last two and a half minutes. Needless to say, the arrangement and instrumentation are impeccable. The last tone fades away and it's over.

And finally, the overall assessment. This isn't an album you listen to while casually doing the dishes. It will require some effort on your part. If you are prepared to listen concentrated and focused, then you're in for a listening experience. However, I can live without the primordial influences in the music. Sons of Perdition are pursuing on their path of dreamy, evocative and experimental music. Still, it's downright depressive music. Zebulon Whatley also master the difficult art of placing songs in the right order on an album. This is a great album by any standards.