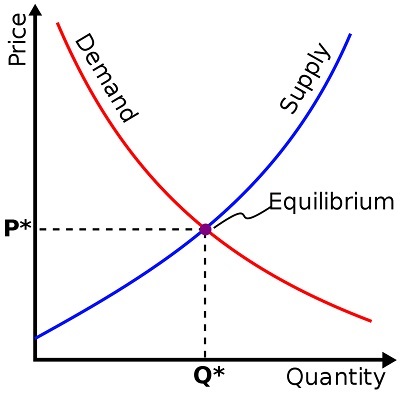 "When supply and demand meet at an equilibrium point; at this point there is no tendency for price to change, quantity supplied is exactly quantity demanded. When demand curves shift, the equilibrium price and quantity will change." This quote is copied from a textbook in economics. In real life, supply doesn't always respond to demand. Resurrected vinyl industry is a good example. Supply has always been lagging behind demand. The pandemic made things go from bad to worse. It caused a huge disruption to manufacturing and supply chains. Lead times for getting a record pressed increased and are at the moment ridiculously long. There are several interacting factors. There are few pressing plants in the world, the production process is pretty much the same as in the haydays which means high maintenance costs, the supply chain is complicated and sensitive, raw material cost has risen and there's a shortage of people who know the craftsmanship. Adding to this, the big labels are reissuing old vinyls in larger quantities at the expense of new vinyls in smaller quantities. Guess who find themselves at the back of the queue; small and independent record labels. Vinylmania is a serious disease. In particular, it seems to infect people who were either not born or too young the first time vinyl were around. The gothic country genre isn't spared. It's quite a strange experience when a band or an artist that you have been following for years suddenly announces a new album, but vinyl-only for the first time. CDs are cheap to manufacture, even a minimum pressing of 300 copies, in comparion so vinyl is more of a statement that an economic issue. For me vinyl is just an unwieldy keepsake. It seems that the old standard black vinyl isn't good enough anymore. The vast majority of vinyls that have been pressed in the 20th century weigh between 120 and 140 grams. 180 gram is a heavier grade of vinyl that many believe means better sound. The heavier vinyls ride more smoothly on a turntable because of their weight. However, the quality of the sound derives from the vinyl compound, as opposed to the weight. Not to mention all the extravaganza; splatter vinyl, gatefold, limited editions and the most pretentious feature of them all: the rare and expensive test pressings. People are drawn to vinyl for seemingly (not self-experienced) nostalgic reasons. It's obviously not for practical reasons or for the perceived sound quality. And certainly not for the price. To be fair, the price of vinyl is pretty much the same in real terms compared with the 1970s. In any other industry supply and demand would push technological change forward. But this is not an ordinary industry. It's gadget industry. Supply and demand doesn't apply.