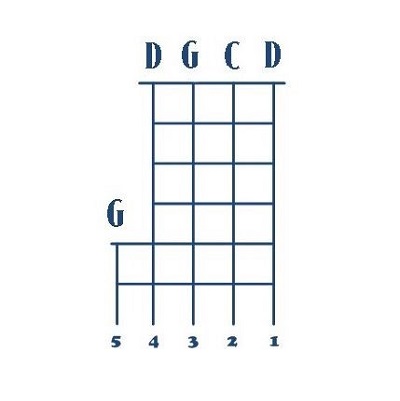 A connoisseur is one who understands the details, technique, or principles of an art and is competent to act as a critical judge. I'm a connoisseur of dark banjo music. However, I'm not a connoisseur of banjo tuning, but would like to become one. Standard tuning for a 5-string banjo is an open G tuning (G,D,G,B,D). If you strum the banjo without fretting any strings in this tuning you will be playing a G chord. An second tuning used very often in old time music is called Double C Tuning (G,C,G,C,D). The lowest pitched string (the 4th string) is lowered from a D to a C. This gives your banjo a hauntingly drone tone because of the two strings that are tuned to C. A third tuning is referred to as C tuning (G,C,G,B,D). Sometimes it's referred to as "Drop C" tuning because coming from the open G tuning, the D string on the 4th string is dropped down to a C. A fourth tuning is called D tuning (F#,D,F#,A,D). If you strum the banjo without fretting any strings in this tuning you will be playing a D chord. The fifth banjo tuning is my favourite. It's called the "G modal", "sawmill" or "mountain minor" tuning (G,D,G,C,D). This tuning is very close to standard G tuning but the second string (B) is tuned up to a C note. Such a little thing (from B to C in standard tuning) makes such a big difference. This step eliminates the third of the G chord and gives it a modal sound. Mountain minor is a very popular tuning for old-time tunes such as The Cuckoo, Cluck Ol' Hen, Shady Grove, Little Sadie, Pretty Polly and many others. Old-time musicians have come up with a tuning that’s perfect for capturing the special quality of these old traditional songs. Mountain minor makes the banjo playing easier, more effective and gives the songs a haunting eerie sound. The mountain refers to Appalachia and to Appalachian music. For me, mountain minor (G,D,G,C,D) is the most beautiful banjo tuning of them all. And also, the most gothic sounding.